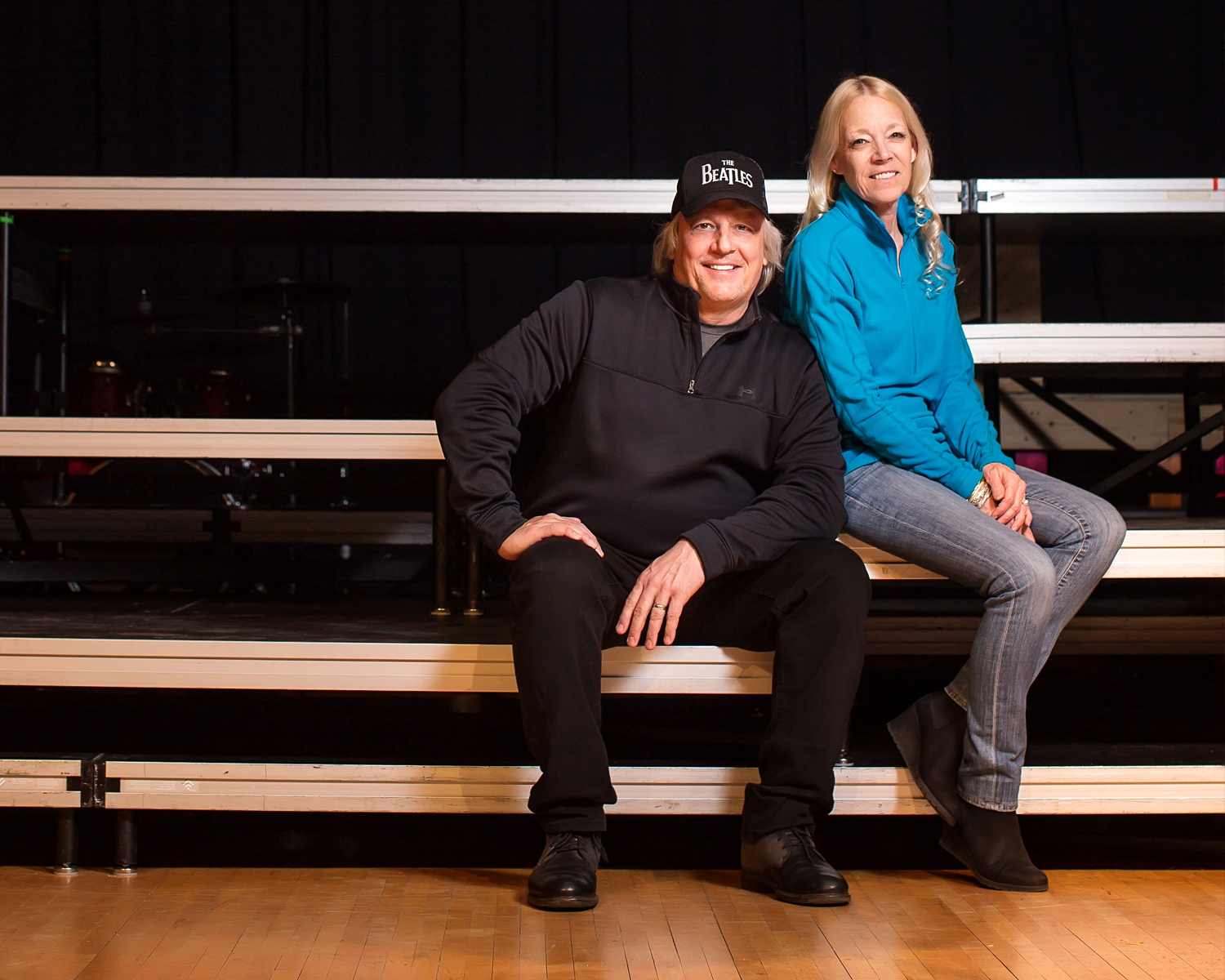 Share
Share this:
Digital
PDF
Issue
The black Beatles cap worn by David Fehr is a clue, and music from the rehearsal hall confirms it. Under his direction, dozens of show choir performers build on the fundamentals of the Fab Four show that will take them through competition season.

For Clinton High School’s consistently top-ranked show choir, nationally as well as at home in Mississippi, that means banker’s hours of rehearsal over the holiday break, sweating dance moves inside while it’s in the mid-20s outside, and flashing winning smiles through all the hard work.

Life Doesn’t End When School’s Out

“Life doesn’t end when school’s out…Actually, you like to find time when there isn’t school, so you can really practice,” Fehr says.

David Fehr and his wife, Mary, who designs sets and costumes for Attaché, have committed creative energies and drive to Attaché for more than 25 years, ushering a growing network of students  forward with key life lessons that stretch far beyond song and dance, graduates say.

From Illinois to Mississippi

Both from little towns in Illinois, David and Mary met while students at Illinois State and went into teaching. He also handled musical direction for summer stock theater. She was doing costumes for his show choir even back then—a helpmate effort that started with a Toto costume David needed for a “Wizard of Oz” production. “Her mom sewed for nuns. I guess that’s theater,” he says with a chuckle.

Mary’s mother never actually taught her, she says, but she must have learned by watching. Mary has a minor in art, too, but the costume and set designing that comes with a show choir like Attaché, she says, “I’ve just had to learn along the way, what works and what doesn’t.”

The Fehrs took over Attaché from founding director Winona Costello in the 1992-93 school year, moving to Mississippi from Illinois. “We felt very welcome here due to the appreciation the South has for the arts. And, we love the weather,” Mary says, just back from the snow and -4 degree chill of an Illinois visit. Being creative, seeing it come to fruition and working with the kids — those are her loves.

Clinton dentist Dr. John Goolsby Jr., who was in the choir’s stage crew back in 1992, keeps in touch and handles emceeing for some events, marvels that his alma mater Attaché, almost every single year, is No. 1 in the nation.

Bigger choirs—what David calls “the Hollywood schools”—may have big celebs and yearly allotments, “but the thing they don’t have is the creativity and direction Attaché has with David and Mary,” Goolsby says. “They’re incredibly gifted, with Mary coming up with designs, themes and songs to tell the story.” And, David “is a musical genius. Twenty years before ‘Glee’ came out—as far as putting songs together, mixing and mashing— he was doing that.”

And yet, the foundation rather than the spotlight is the priority. “It’s a much bigger story than performances and winning,” Goolsby says. “It’s more about potential and what they bring out in people.”

“I can’t think of a better program that has taught me more about life and how to be successful, than that program,” says 2013 Clinton High grad Graham Bobo, who later graduated from Mississippi College and is now a med student at the University of Mississippi Medical Center eyeing a career as a surgeon. “I learned how to sing and dance, yeah, I did learn how to do that,” he says, “but the life lessons of hard work, dedication and diligently working toward a goal are invaluable.”

Karen Godfrey, a Realtor in Clinton whose three children came through Attaché, says, “My kids are different people on the other end of it. They are able to do things other kids aren’t. Anything they go to do now, they can do without blinking.”

What makes Attaché stand out? “Precision, class, musicianship, obviously dance, and storytelling,” he says. There are smaller divisions for competition “but we’ve always been in the big, and you can choose to be in the big,” David says. “We’re in the big. That’s what we do.”

He can’t settle on a single high point over the past quarter century. Attaché was great at his start, David says, and he wanted to take it in a more theatrical direction. By 1996, “it all gelled and we started to become a name that everybody knew.”

Among many highlights, Attaché is ranked No. 1 in the nation in the National Show Choir Rank System, and has amassed one of the most impressive competition records of any other show choir in America. In 2016-17, Attaché took first place in several competitions: the South Central Classic in Homewood, Alabama; the Petal Show Choir Invitational in Petal, Mississippi, and Xtravaganza in Los Alamitos, California. Under the Fehrs’ leadership, the show choir has won 74 out of 83 Grand Champion titles since 1993.

“People say, ‘Well, how are you going to top what you did before?’ Well, you don’t. You do something different. You have to keep progressing.”

Talent Doesn’t Walk in the Door; It Walks Out

Attaché, once mostly high school juniors and seniors, has in the last decade gotten increasingly younger to keep the quality high. “With the level of difficulty that we expect out of our kids, an extra year or two under our tutelage helps develop them,” David says. “We try to maximize our strengths and minimize our weaknesses and teach fundamentals.

Fundamentals is the name of the game. “It’s not talent that walks in the door. It’s talent that walks out the door.” The reigning show choir style now is “anything goes.” A model set made of Legos and a magnet board with risers, box “TVs,” trampoline drums and a portion of a VW bug gives a miniature big-picture view of the Beatles set. It’s populated with 46 performers, supported by a 14-member crew, and musically fueled by 17 musicians in the pit.

They have good examples. “Two people that couldn’t possibly work any harder for people other than themselves,” Attaché performer Morgan Washam, a senior, describes the Fehrs. Senior Mattie Pierce recalls the sensitive, naive freshman who started in Attaché and marvels at how she’s grown, in responsibility, accountability and more. “He’s not just teaching us show choir stuff. He’s teaching us how to succeed in the real world.”

About the Author
Sherry Lucas is a freelance writer based in Mississippi.
Read more from this author
Share
Share this:
Digital
PDF
Issue
More in Staging

Center Stage: Load Ratings and What You Should Know

The Lowdown on Risers: Why Stage Design is So Important