Brittany Wagner: How Show Choir Influenced Her Life and Success 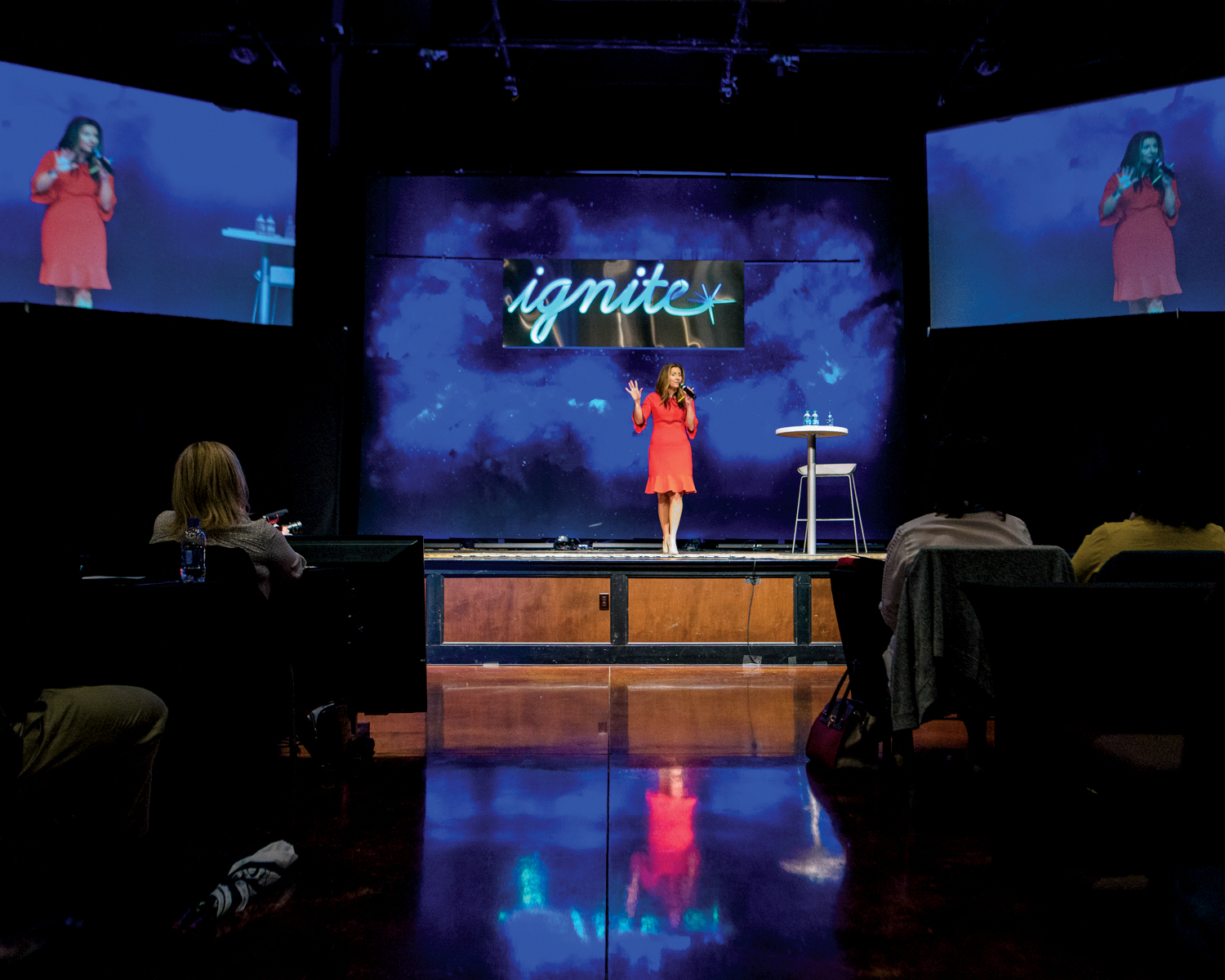 Share
Share this:
Digital
PDF
Issue
Brittany Wagner, Attaché Show Choir alumna (’96), has achieved an amazing career with even more exciting adventures coming in 2020, and she claims that she owes her success in large part to her experience as a high school student in Clinton, Mississippi, as a member of a competitive, creative, excellent show choir.

Under the direction of David and Mary Fehr, she learned the technical skills of singing, such as breathing while moving so as not to sound winded, and improved her already-exceptional dancing skills.

Brittany says that more importantly for her, Attaché was less about the singing and dancing and more about all the intangible benefits, such as developing confidence in herself, believing that she earned a spot because she was good enough to be there.

Since Attaché was already a nationally recognized superior show choir when Brittany became a member, there was an expectation for excellence. She shares that all of the members of the choir were “held to a standard that demanded discipline and structure,” not just by Mr. and Mrs. Fehr, but by the entire community.

When asked how that translates to her success today, she stated, “I learned so much from being on stage in front of people and putting myself out there, and that’s how I make my living now, being on stage speaking to people who are looking at me and judging me.”

Since her time in high school, Brittany earned a bachelor’s degree in sports communication and a master’s degree in sports administration. She spent 15 years working as a counselor to athletes, many of whom people would label as at-risk or troubled students.

She notes that she has understood much of the discipline and work ethic that athletes must have to succeed even though she was not an athlete, simply because of her experience in Attaché. Her years in the show choir also taught her about working with lots of different kinds of people.

She remembers that there were situations with fellow students where she found out something about someone’s life that wasn’t what she thought it was, and they would have to figure it out together. She added, “I think that helped me working with athletes who did not have the same life experiences that I had.”

Brittany expressed a wish that students in show choirs could have the benefit from a counselor like herself. As she worked with athletes helping to maintain their academics as well as off-field issues that kept them from getting ready to compete at the next level, she believes there are performers in every choir with the talent to “go to the next level” in pursuing a career in the arts.

If they don’t have someone to help them realize that dream and help make it a reality, it would be a scary proposition figuring it out on their own. She explained that she’s sure there are many students who come through Attaché who have the talent but no one to advise them about how to take the next step. She added, “I think there is a need for that.”

Brittany worked for East Mississippi Community College as an athletic academic adviser for six years before she was “discovered” because of an acclaimed Netflix documentary series “Last Chance U.”

For two seasons of that show, she worked with many football players who had to leave Division One football programs and go back to community college to get the college credit they needed to be eligible to play again for D1 schools.

Television viewers of that series fell in love with her mainly because of her sincere dedication and care for these students who needed a second chance.

After filming for season two of the series was completed, Brittany decided to leave East Mississippi, wanting to do the same type of work on an expanded level. She wanted to branch out and start working with people all over the country, so that’s what she did.

She started her own company 10Thousand Pencils, LLC (10KP). The name of the company comes from the “Last Chance U” show, because she was always asking the athletes on their way to classes, “Do you have a pencil?”

Now she travels all over the country to give motivational speeches to all types of people, but she also goes into schools working with students, teachers and counselors; she shows how to build dialogues with students and how to affect change through relationship building.

She added that the company’s central theme is that a school doesn’t have to have a lot of money and other resources in order to succeed. Brittany believes there is a stigma that if a school doesn’t have all the software systems and all the numbers and the data to align with success, you can’t be successful, so those schools are written off.

She said, “I was at a school that didn’t have all those things, and we were able to be successful by building relationships between students, teachers, counselors and coaches.”

Inspiring Her Own TV Series

She is very excited about the new opportunity in the works right now. She has partnered with Michael Strahan and Courteney Cox, and they are in the process of producing a scripted series about Brittany’s life. She explained that it is not a spin-off of “Last Chance U;” it will be more about her life before the show, during the show and after the show, where Courteney will play Brittany.

While the show is about her, the point of it is for them to be able to tackle some social themes in each episode as well.

She added, “We want people to turn the television off after the episode and be impacted in some way. . .and gain some perspective and think about something they have never thought about before.”

Brittany continued to say that they are in the process right now of writing the show and they hope to begin filming in March of 2020. She shares, “I am beyond excited that Courteney Cox wants this to be her return to television and that she cares so much about me and the story. She is going to be amazing and the show is going to be fantastic!”

Writing a Book about Second Chances

There is yet another project in the near future for Brittany; she has written a proposal for a book. She is going to New York in February 2020 to pitch to publishers, and she and her agent are hoping to close a deal with a publishing company so the book can come out following the premier of the television show.

While Brittany doesn’t like to call it a “self-help” book, it will be a book about her experiences and the experiences of athletes she has worked with, which she hopes will be an inspirational story of second chances.

She thinks that many people will benefit from the book, whether their second chances are like the athletes at EMCC, or whether it is because of divorce or starting a new career or whatever it might be.

“Everybody goes through second chances, so that’s what we are trying to address in the book,” she said, “how to pick yourself back up and go for whatever it is that you want to go for in life.”

Brittany said that if she had to list the top five people in her life who influenced her the most, David and Mary Fehr would be on that list. She didn’t realize the impact they were having on her while she was in Attaché, but from day one of making it after her audition until her last day on the stage, every time she was around them “something resonated” and she was learning, whether she knew it or not.

She concluded, “I don’t think there is any way I would be where I am today without their influence in my life and the experience of Attaché.”

About the Author
Sheila Wagner has spent the last several years working as a professional editor and recently became the staff writer for Productions Magazine. She also was a booster club parent for Attaché Show Choir for 6 years. Wagner can be reached at swagner1@bellsouth.net.
Read more from this author
Share
Share this:
Digital
PDF
Issue
More in Celebrity Interviews