Cost Considerations in the Quest for Quiet 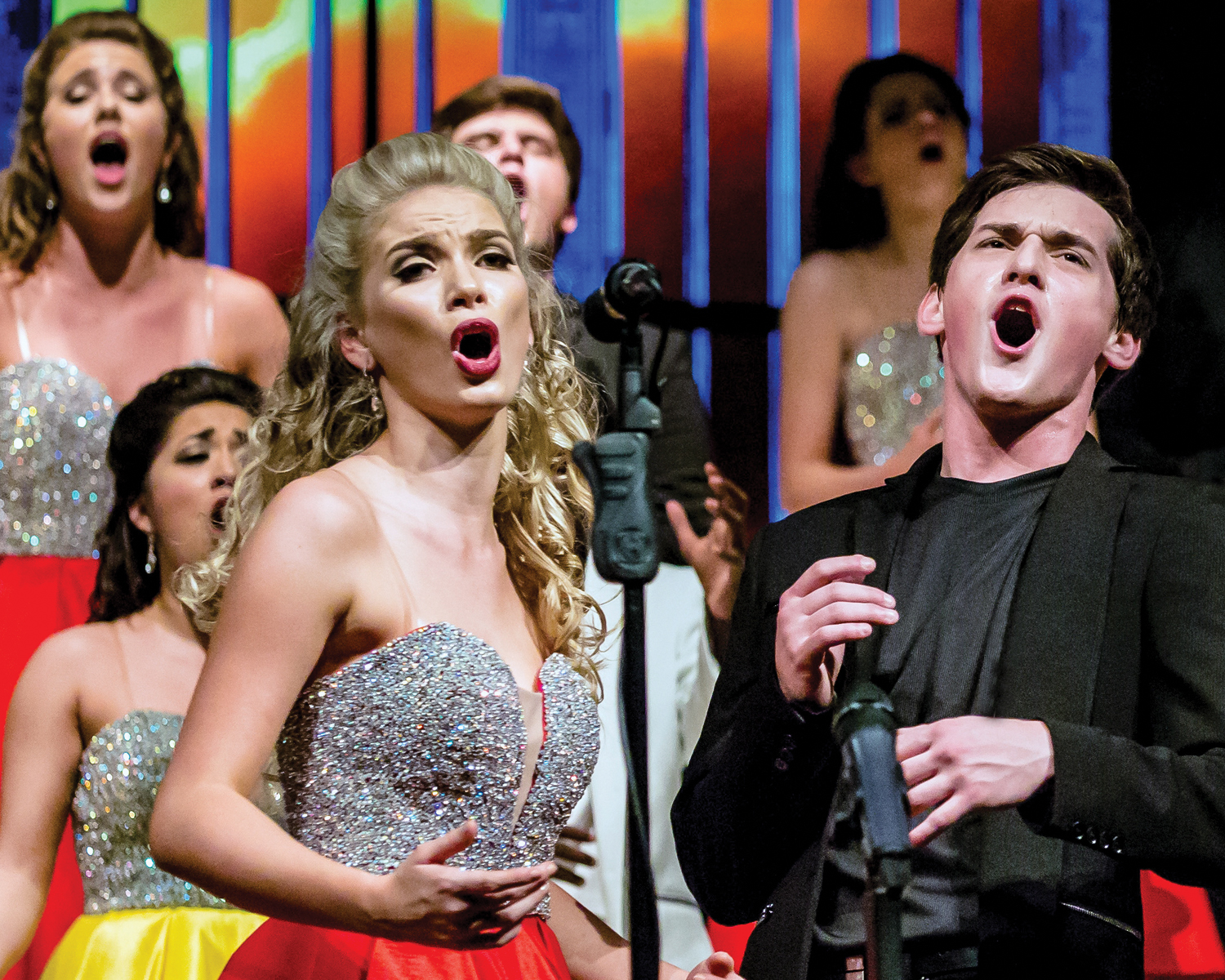 Share
Share this:
Digital
PDF
Issue
While architects usually concentrate on the visual and acousticians focus on sound, accountants will focus on the money. Thinking about acoustics first and building correctly can often save you from having to spend money on fixing avoidable problems later on.

Also, knowing the budget range in advance allows a proposal to fit the situation without the compromise of having to “value engineer” after-the-fact. We can use the financial game “Monopoly” as an analogy: Are you going to build on “Park Place” or “Marvin Gardens”? If it’s the latter, you do not want to have a proposal for the former. In other words, you do not want a Park Place design with a Marvin Gardens budget.

Most competent professionals will do their best to work with the available funding. Although there could be some hesitation in revealing the available budget, the risk of getting the wrong solution because of keeping the funding a secret is greater. Be sure to discuss the budget up front to ensure that your consultant does not inadvertently waste money by going down the wrong path.

Next, before you can tackle costs, you must first define what the problem is. To do this, we will digress briefly into the world of physics. Sound control materials generally fall into four categories: absorbers, diffusers, vibration control, and barriers. Sound absorbers prevent acoustic energy from reflecting back and therefore can reduce echo and reverberation. If overused, they can produce an acoustically “dry” or dead space.

Sound diffusers, sometimes appearing as geometrically complex shapes, scatter and disperse sound energy. This has the effect of lowering sound intensity by spreading it around, thus bringing clarity while preserving the life of the acoustics in a room. This characteristic is often an essential element for music performance spaces.

There really is no basis for “good, better, best” price ranges for acoustic room treatments. Rather, the material requirements generally follow the size of the space and its intended use. Lecture halls, music rooms, libraries, and gymnasiums all have their own distinct acoustical needs. Also, as obvious as it may seem, a large auditorium requires more material than a small one in proportion to its dimensions.

It is worth noting that many product specifications will show absorption as a coefficient. This requires conversion to total absorption in sabins if you wish to compare various materials. While cost is measured in dollars, sound absorption is generally measured in sabins. How much sound absorption, in sabins, is needed to achieve a desired result follows a diminishing return in effectiveness. That is, one quantity is required to reduce the reverberation time (RT60) of a room by four seconds, from ‘RT60 = 8 seconds’ down to ‘RT60 = 4 seconds’. The same amount again is needed for two additional seconds reduction from ‘RT60= 4 seconds’ down to ‘RT60 = 2 seconds’. A third equal amount is required for the last one second, where the room would be ideal for speech intelligibility.

First there is acoustical wall covering, which is generally a ribbed fabric material about one quarter-inch in thickness and having a Noise Quest for Quiet continued Reduction Coefficient (NRC) of about 0.20 to 0.25. This converts to 1/5th or 1/4th of a sabin per square foot of material. This is averaged over the NRC frequencies of 250, 500, 1000 and 2000 Hertz (cycles per seconds to the older folks).

Total cost may be constant. This, however, is not the whole story. If you have “bass” sound waves, which are long, a deeper or more resonant acoustical material will be needed for sound control and costs will go up.

This is because when these baffles are hung vertically, both sides and the edges are exposed. Whereas a two-inch thick 2’ X 4’ wall panel typically exhibits absorption of about 8.4 sabins, the similar-sized ceiling baffle can achieve 17.9 sabins of absorption. This is more than twice the absorption for the same footprint. And while 2” wall panels can cost about $14.00 per sabin, the vertically hung ceiling baffles can come in as low as $2 per sabin when using the vinyl covered version. Therefore, ceiling baffles can reduce both reverberation and costs.

Quiet vs. Quality – Absorption vs. Diffusion

Over the past three decades, sound diffusion has increasingly become a factor in room treatment. While its consideration is necessary to achieve top sound quality, it is harder to measure and quantify than the effects of sound absorption. Some labs are now testing sound diffusers, with the results displayed in three dimensional graphs. Sound diffusers should be considered in room design for any critical listening environment. Unfortunately, since sound diffusion is by far the most esoteric of acoustical treatments, it’s usually cut first when money gets tight.

This takes us back to budget issues and the biggest cost drivers. Assuming all materials considered for a commercial project will meet Class 1 (A) fire ratings, the single most influential component on price is usually the finish. The industry standard finish for most acoustical wall panels is a low co, “acoustically transparent” fabric which is available in sixty colors. This fabric is used by most acoustical wall panel manufacturers in the United States, and panel costs for average-sized panels will generally fall in the $8 – $12 per square foot range. However, the use of more “exotic” fabric materials, the kind sometimes specified by interior designers, can often increase the price by as much as three times.

Custom fabrics are also often more difficult to work with. Other factors in acoustical panel pricing are shapes and sizes. Since both large and small rectangular panels have four corners, they actually require roughly the same amount of labor to produce. Therefore, using larger size wall panels can often reduce job costs. Other items, such as mounting hardware, follow in proportion to size. Also, Vinyl (PVC) is an extremely cost effective covering for ceiling baffles, which are usually high above and may disappear into the ceiling anyway. Timely approval of final specifications can also help to avoid cost overruns. A last minute rush job can require overtime and expedited freight fees. Often these are not considered when a project is in the planning stage. A job cannot begin until there is a “sign-off” defining what is to be built.

So far we have mainly discussed acoustic absorption as it relates to airborne sound. However, there is also structure borne vibration. Structural vibration can travel across a room or even into other rooms. This situation can require sound isolation to keep sound in or out. Absorbing materials do not stop sound penetration. Stopping sound requires mass. Heavy dense materials will exhibit high Sound Transmission Loss (STL). An example is gypsum board (drywall). Layers of different thicknesses and densities will improve its effectiveness, as the sound must change speed as it changes medium, thereby losing energy.

Adding a layer of thin high mass material, such as a vinyl sound barrier, further improves transmission loss. Vinyl barriers can also aid to block sound after construction. These materials can be applied to a finished wall surface post construction and then dressed up with an acoustical wall fabric. This extra treatment is less than $2 per square foot. While barriers used in combination with absorbers are an effective treatment for airborne sound, treating structure borne noise requires de-coupling. Steel beams and even concrete will allow sound to travel up several floors or down the street, if there are common plumbing connections.

Floating a floor or adding mass in the construction stage is always easier and lower cost than attempting to treat structural noise later. Vibration pads matched to the floor load are not only effective, but they are also inexpensive. A 24-inch square pad, cut into 4” squares, will cover a substantial floor area when placed 16” on center 12 inches apart. This is about 432 SqFt per 24’ X 24” pad, or roughly 21 cents per square foot.

Hopefully you’ve found this primer helpful. Remember: Define your problem, set your budget, find a good partner or consultant, and set a realistic timeline that you adhere to.

About the Author
C. Nicholas Colleran, Jr. CPA is a former recording artist and recording engineer. He wrote a business plan for his sound company while with a CPA firm. He is now a principal of Acoustics First Corporation working to control sound and eliminate noise.
Read more from this author
Share
Share this:
Digital
PDF
Issue
More in Auditoriums

Setting the Stage for Acoustics First