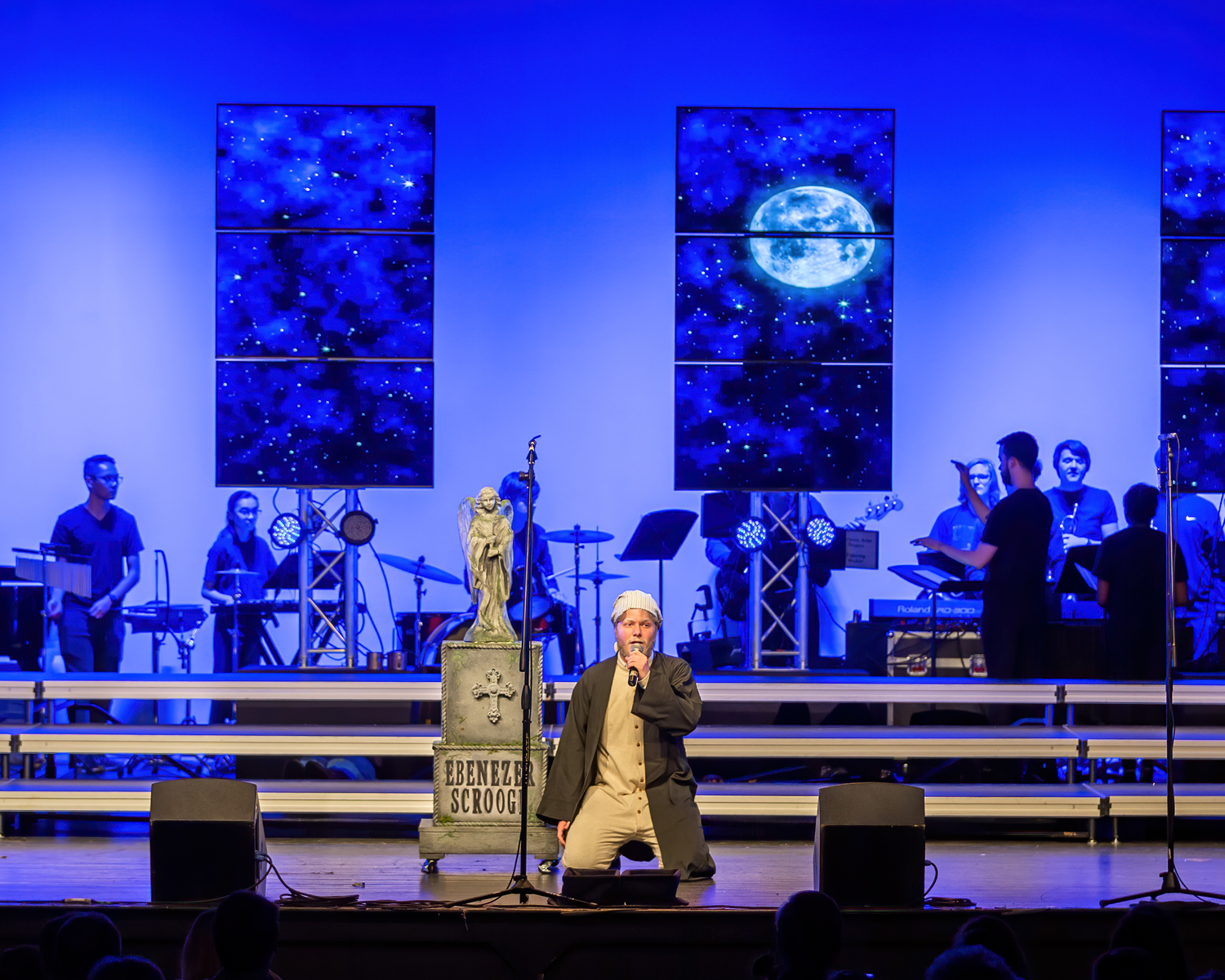 Share
Share this:
Digital
PDF
Issue
You’ve been rehearsing for months, but to really take it to the next level you’ve got to be focused on competition day. There are five things your band can do to turn in their best performance yet.

Listening to Other Groups First

First, listen to other groups before you perform. One of the reasons show choir is such great preparation for a professional career in music is that you learn how to take your show on the road and re-create it in different environments.

Bands especially have to learn how to adjust their performance to fit the acoustics of the venue. Gyms are going to make things sound muddy, and so will stages with heavy curtains. Smaller rooms or stages with sound shells make it more likely that the band will cover the vocals.

Bigger venues require more effort to be loud and really nail the dance breaks. The location of floor mics, stage mics, and ceiling mics are all factors that can make or break a performance. Make sure your band has the chance to listen to other groups before they perform to get a sense of the room.

Have band members sit in different spots in the audience and observe how the sound changes depending on where you’re sitting. If you hear multiple groups having the same problem, you can take steps to make sure it doesn’t happen to you.

Setting Up For Success

Secondly, the way your band sets up has almost as much impact on your sound as the room itself. Sets and props sometimes get in the way, but the drummer should always be as close to center stage as possible, so there’s no delay between what stage right and stage left hears.

The bass player should always be next to the drummer, and the horns should always be facing out toward the audience (taking care to avoid playing directly into stage microphones, of course). Don’t spread out more than you need to—the closer the band is to each other, the more in sync they’ll be.

If you are forced to set up on the side, for whatever reason, make sure that all instruments and amps are pointed in the same direction, to avoid individual instruments sticking out.

Making Good Use of Warm-Up Time

Next, one of the best things you can do is make setup and strike assignments for the band and crew, so you don’t have to worry about how you’re getting everything on stage. Instead, you can focus on the upcoming performance.

Those first few minutes on stage while the choir is still setting up is valuable time for the band to be tuning, checking levels, testing monitors, and playing through things to get a feel for the stage. You don’t want to give the show away, of course, but that doesn’t mean you can’t play at all.

Setup time is a great opportunity for individuals to do some last-minute spot checks and make sure everything is working correctly for the top of the show.

Having Someone Trusted at Sound Board

Additionally, always have someone you trust at the sound board. The audio engineer (or “sound guy”) is the most important person at a show choir competition, yet they are often the least understood.

All groups should have a director or assistant at the sound board during their performance to make sure that technical problems don’t get in the way of a good show. Here are some things they can do during the show:

● If you give the sound guy a heads-up on which solo mics are to be used, they can adjust the volume depending on which soloist is singing. (A solo that’s too loud can cover up the choir’s sound, and a soloist not using proper mic technique might need a boost at the sound board to be heard.)

● Depending on the setup, the engineer may be able to adjust the volume of ceiling or stage microphones. Sometimes this is useful if a certain mic is consistently picking up individuals, or if some mics pick up the band more than others, causing balance problems.

● If your band is using an instrument that has been provided by the venue (such as an acoustic piano), the engineer may be able to adjust the volume of that instrument.

● If there is a problem with the monitors (speakers used on stage for the performers to hear themselves), this should be communicated to the engineer.

● Most importantly, (if permitted) this person should be in constant communication with the band director to make sure balance issues between the band and choir are addressed as quickly as possible. Many competitions provide headsets or walkie-talkies specifically for this purpose.

Finally, the single biggest challenge showbands face during a performance is effective dynamics. Yet most conductors on stage don’t do anything other than keep the beat.

The fact is this: If the rhythm section is doing its job, the conductor should not need to do very much conducting at all, leaving them free to focus on communicating dynamics and expression.

The conductor is almost like a sound mixer, constantly listening and making sure each instrument in the band is tucked into the mix where it needs to be. Furthermore, if you as the conductor are animated and expressive, that enthusiasm will rub off on your band, resulting in a more exciting and expressive musical performance.