Finding Your “Golden Brick”: How to Push Boundaries with Success 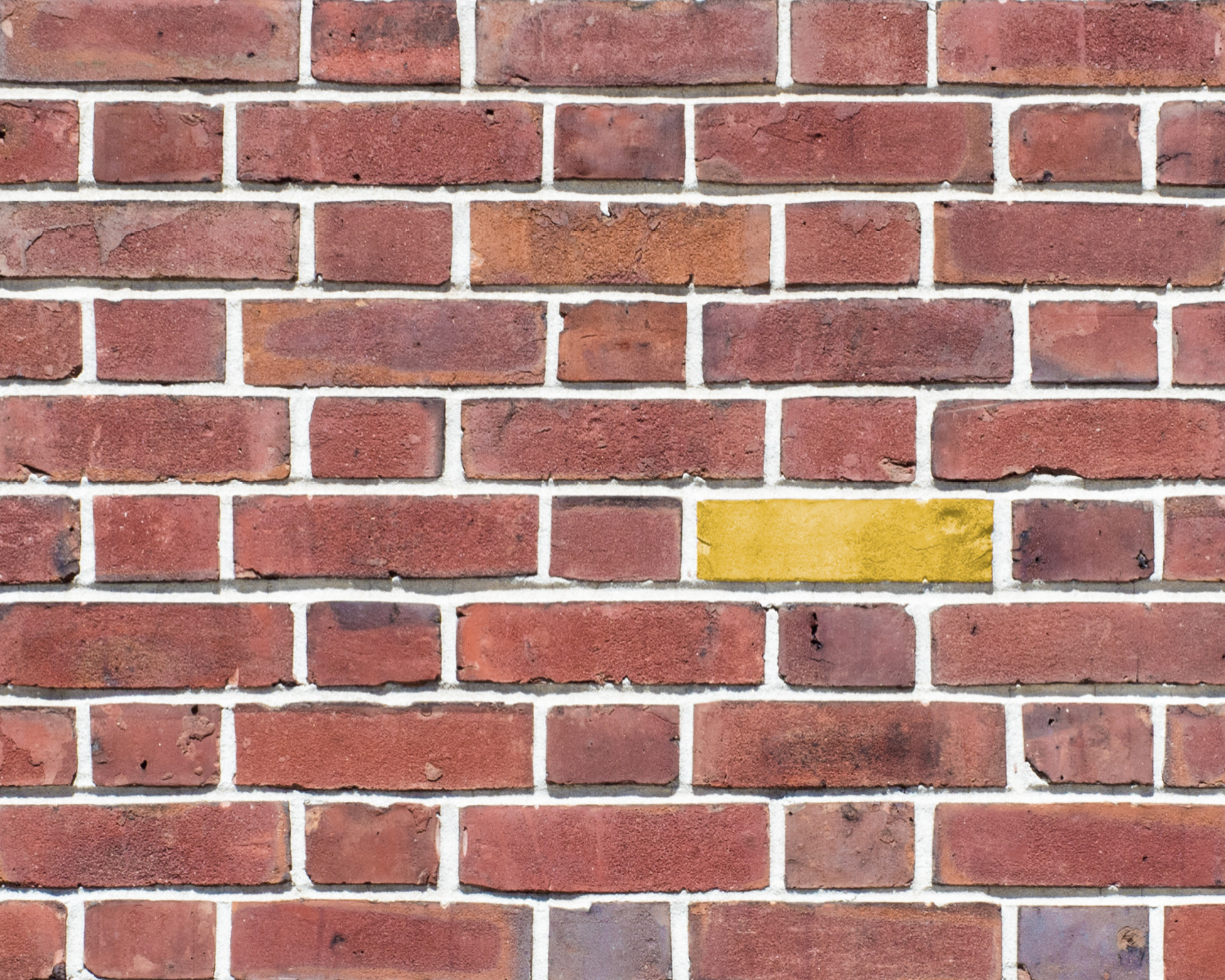 One of my mentors in college, Ron Simpson, taught a lesson that has since informed my composing and arranging every day. He described what he called the “Golden Brick Rule”, and it concerned how to break convention and try creative things without going too far. Imagine you’re looking at a red brick wall, only one of the bricks is made of gold. To what is your eye immediately going to be drawn? The golden brick, of course, is going to stand out among the red bricks. Taking the analogy further, if you had a wall that was made entirely of golden bricks, no single brick would stand out.

His lesson was simple: When you’re writing a song, there should always be something that makes it unique or special. However, you shouldn’t try to cram every creative idea you have into one song. It’s best to pick one or two ideas, and then “follow the rules” on everything else so that your creative ideas stand out. It’s tempting for inexperienced arrangers, directors, choreographers, and so on, to prove themselves by throwing every idea they have into the mix. They may be great ideas, but putting them all together ends up being excessive—like that wall made of gold. That much gold is really valuable, but ultimately, it’s a bit of an eye sore.

There are several benefits to pushing boundaries and testing new ideas. First and foremost, it’s an educational experience for your students. Maybe you have students with unusual skillsets that you want to feature, or maybe you’re feeling stuck in a rut and need to shake things up. It could also be that what you’ve tried in the past has not been successful.

There’s usually an element of risk involved with trying something new. It’s possible the judges won’t like it, that the students won’t buy in to it, or that it just doesn’t work the way you thought it would. But pushing boundaries in smaller, more gradual ways allows you to experiment without the risk of an entire show bombing.

Many commonplace aspects of show choir were once considered experimental. Story shows, huge set pieces, bringing the band on stage, large mashups, and modern styles of dance are just some examples of many whose origins were viewed as a “creative leap.” But success like that doesn’t just happen. It’s a deliberate process that includes the following five steps:

• Set clear goals for what you intend to accomplish. Don’t just experiment for the sake of it.

• Be sure your students understand your goals and encourage them to trust the process. It doesn’t matter how great an idea is—if your students don’t support it, it’s likely to fail.

• Bring in outside help. Our artform is a collaborative process, and when you’re testing new ideas, a fresh, objective set of eyes and ears is crucial.

• Focus on your group’s brand. Make sure that what you do well is still featured in the show.

• Keep quality at the forefront. Trying something new but doing it poorly will draw more criticism than doing something with mediocrity that happens to be mainstream.

Returning to the golden brick analogy, ultimately, it’s up you to decide how many “walls” are in your show. Maybe your big idea is one that unifies the entire show—in this case, one brick in a single wall may be what’s right. Maybe each song in your show is a different wall, and you can try out new, exciting ideas in each song. Or maybe you break it down further and find a golden brick for each section of a song. The point is not to discourage you from testing new ideas—the point is to make sure you’re setting up your show so that you can get maximum credit for your ideas.

The Show Must Go On: Choreographing Your Next Fundraiser