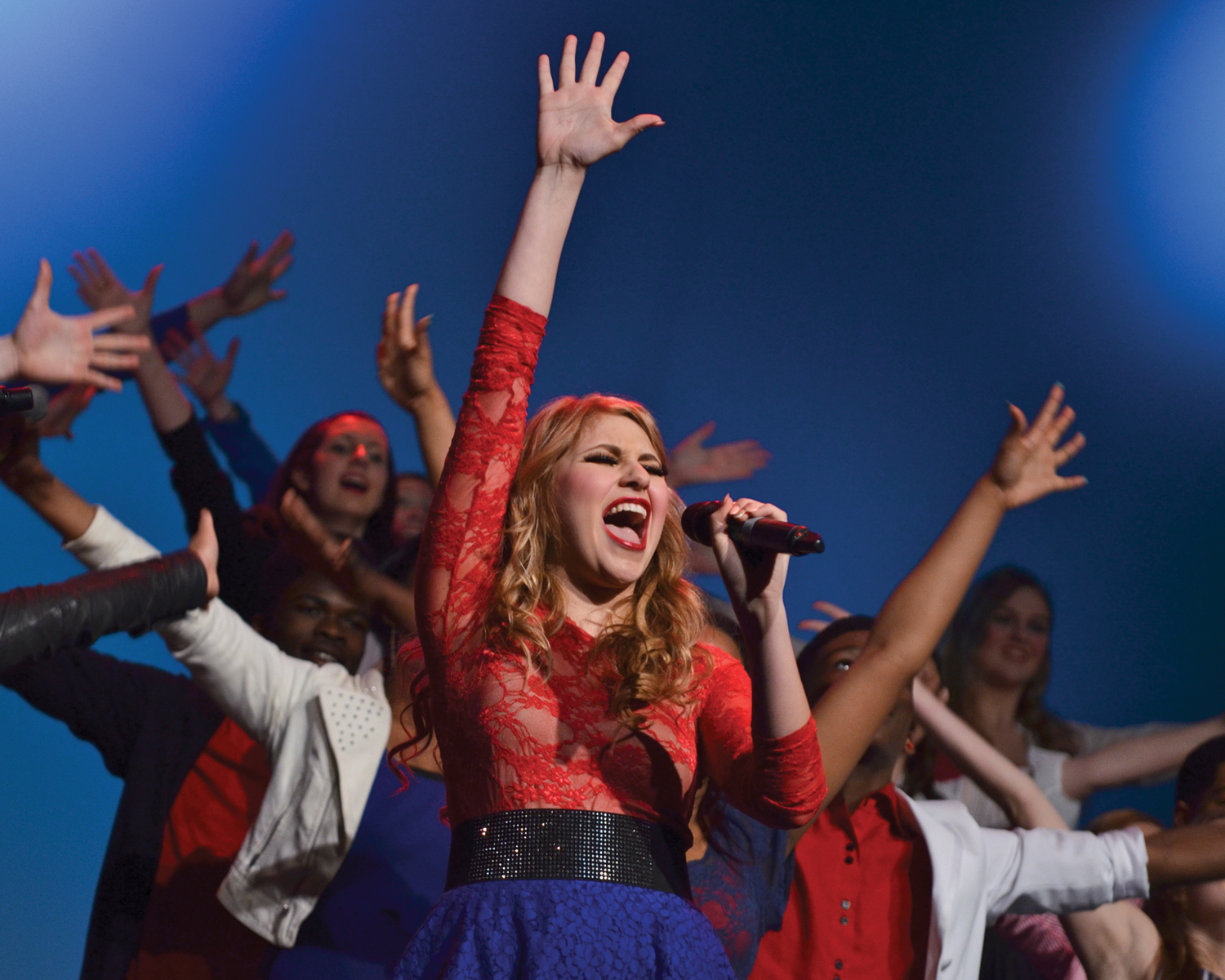 Share
Share this:
Digital
PDF
Issue
Sequins and devastating drought. Beautiful solos and contaminated water. Powerful dancing and heart-breaking illness. Joyous celebrations of music and desperate prayers for relief. Is there anything in the world these things could possibly have in common?

Until 2007, perhaps not. But thanks to the world-changing work of former show-choir student, turned Thirst Project founder, Seth Maxwell they do now. And with the generous help of the Heart Of America National Show Choir Competition Series, the two have become brothers in the battle.

In the Heart of America

In 2017, all five HOA competitions (Atlanta, Chicago, Nashville, Cincinnati and Kansas City) will be hosting “awareness exhibits” sponsored by Thirst Project, the world’s leading youth water activism organization. The booths will feature virtual reality headsets that will place people right in the middle of the horrific global water crisis (which effects 663 million people), allowing people to see the life-saving work done by the organization in countries including Swaziland, Ethiopia, Uganda and El Salvador.

The Inception of Thirst

Since its inception in 2007, Thirst has raised over 8 million dollars through high school and college club fund-raisers. They’ve drilled fresh water wells in 13 countries, and given over 300,000 people safe, clean water, instead of the water they’ve been forced to drink.

Their only water comes from unprotected sources that usually contains animal feces, urine, insects, bird droppings and parasites that make people sick, and eventually kills them. According to Seth Maxwell, “No matter what you care about..hunger, education. you cannot address any cause without first providing fresh, clean drinking water to communities! Young people are the most powerful agents for change in the world…together, we WILL end this!”

In addition to support from students across the USA, Thirst is also advocated for by many in the celebrity community. Among the numerous public figures that support Thirst are Jennifer Garner, Kristen Stewart, Lance Bass, Pauley Perrette, Dove Cameron, Terrell Owens, Bella Thorne, Connor Franta, the All-American Rejects and Ansel Elgort.

Chad Alexander, one of HOA’s founders (along with Kevin Breazeale), told us they are delighted and thrilled to partner with the Thirst Project. Alexander states, “It is precisely these types of organizations that we as a company believe make better students and better people. Providing a platform and opportunity for the human spirit to grow and touch others’ lives is at the very heart of our company’s values.”

Thirst is setting out to reach into new areas, bringing increasing awareness and healing to the needs of so many. Striking partnerships with show choir competitions in Benton, Iowa, and Clover Hill, Virginia, and working with Appling County High School in Georgia on major fund-raisers is a good start.

An Outpouring of Generosity

Hopefully, the match between HOA and Thirst is the beginning of a wonderful outpouring of generosity and activism in the show choir community. When students are given the permission to unleash the potential of good they can do to make the world better, everybody wins. Wells are drilled, disease rates drop, children can go to school, mothers can get jobs. In short, hope comes alive. If you would like to support Thirst Project at your school concerts, competitions, church or by starting a club or youth group project, please contact us at thirstproject.org, or through contacting Damon directly through email.

Heart Of America and Thirst Project will join hands in 2017 to bring awareness to many, so that thousands in need can have clean water for the very first time in their lives. The show choir community is helping to bring the global water crisis to its knees!

About the Author
Damon Brown is the Faith-Based Coordinator of Thirst Project. He can be reached at damonb@thirstproject.org.
Read more from this author
Share
Share this:
Digital
PDF
Issue
More in Camps, Clinics & Competitions