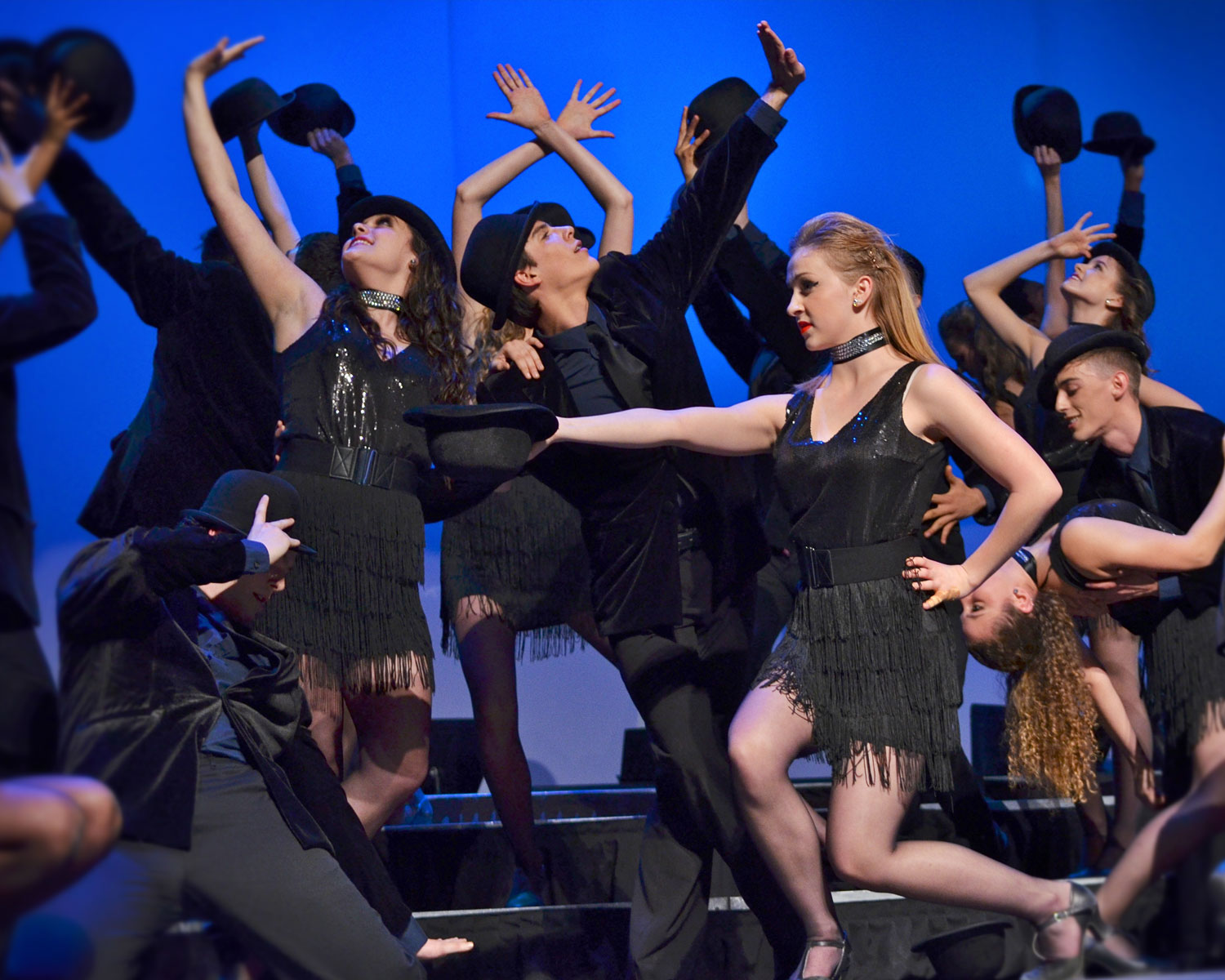 Share
Share this:
Digital
PDF
Issue
In spring 2014, American and Canadian teams squared off in competition, but instead of a hockey puck, it was a downbeat that started it off . Show Choir Canada hosted its first-ever Can-Am Invitational on the final day of the Show Choir Canada National Competition.

Launched in 2010, Show Choir Canada hosted the country’s first-ever national competition in 2011. Since then, there has been a groundswell in the formation of show choirs around the country. There is even a friendly rivalry now between two high schools based on opposite ends of the sprawling city of Toronto: the west end’s Etobicoke School of the Arts “Splash”and the east end’s Wexford Collegiate for the Arts “Wexford Glee”. (Wexford won the title the first year, and ESA won back-to-back Nationals in 2012 and 2013.)

The Can-Am Invitational represented the next step in the evolution of show choir, but also presented a new challenge for American show choirs. U.S. choirs that participated in 2014 had the opportunity to make history as they made their first-ever bid for an international title.

The open format competition pitted the top six-ranked Canadian show choirs, as determined by the 2014 Canadian Nationals, against their American counterparts. Trophies were awarded for first through third place, along with additional prizing for the top choirs and bands.

“We like to think the Can-Am Invitational hearkens back to the origin of show choir,” explains Peter da Costa, co-founder of Show Choir Canada and also owner of da Costa Talent Management, a top talent agency in Canada. “According to our research, The Minstrels at Bishop Luer’s High School identified a need to learn from other show choirs, and hosted the first-ever U.S. show choir invitational in 1974. Forty years later, we are creating theopportunity to take this incredible phenomenon to the international level, as well as providing young people on both sides of the forty-ninth parallel theopportunity to learn from each other.”

Bringing Young People from Different Countries Together In Celebration

“As educators, we’re aware of how powerful the arts are in bringing people together,” adds George Randolph, co-founder of Show Choir Canada and founder/president of the Randolph Academy for the Performing Arts. “With all of the divisive, negative energy in the world right now, it seemed a good time to bring young people from two different countries together to share and celebrate something they have in common, all within the spirit of healthy competition.”

The 2014 competition reflected the growing popularity of the art. The teams were assessed by an international panel of judges, and the competition was hosted in the world-class Toronto Centre for the Arts, which has featured the world premiere and pre-Broadway run of Ragtime as well as tours of Jersey Boys, My Fair Lady, Avenue Q, among others. “Toronto is a world-class city, consistently ranking high on various international studies,” continues Randolph. “It’s a great city with a very strong arts and culture sector, a perfect place for young people who are passionate about the arts.”

An American himself, Randolph understands more than most about the importance of cross-cultural exchange and the appeal of Toron

to. A principal dancer with the Alvin Ailey Repertory Ensemble, he travelled to Canada as a guest artist with Les Ballets Jazz de Montréal, and decided to stay to run a dance studio in Toronto.

He eventually established the country’s first college to offer professional Triple Threat training. “I think in Canada we are a little curious about how the best of our fledgling show choirs stack up against the U.S. powerhouses,” confesses da Costa.

“But I also think it might be a refreshing change for U.S. choirs too. The competition standards make it necessary to return to the roots of show choir. It’s less about the bells and whistles of light shows, backdrops, and costumes, and more about the essence of song and dance—pure talent. It also means that visiting schools can travel light but still enjoy the full experience.”

Adds Randolph, “We’ve been told by American judges that the way we do it isn’t traditional, but they really like it: it’s progressive at the same time that it’s a throwback to the origins.” The cultural exchange has already started. Elements of the Show Choir Canada format are starting to be adopted into U.S. competition. For example, the Canadian competition offers a live adjudication immediately after the performance, providing up-close-and-personal access to the judging. The competition has also featured a live celebrity host; in 2011 and 2012 it was pop / R&B singer Shawn Desman and in 2013, it was Jordan Clark, winner of So You Think You Can Dance – Canada.

And in March 2014, Americans got a sneak preview of how Canada approaches show choir when Show Choir Canada’s reigning national champions ESA “Splash” participated in the US FAME competition in Chicago. As to what

the next step is after this, da Costa adds: “Our show choirs are already hiring American talent, working with people such as Chicago-based choreographer Mike Weaver and Burbank Show Choir’s Brett Carroll.

I’d like to see it go both ways, with American show choirs bringing fresh ideas from a Canadian perspective down to the U.S. But until then, we’ll just be happy to roll out the red carpet for U.S. show choirs in Toronto.

An International Panel of Judges

Because of the success of the 2014 Can-Am competition, we are now opening the championship to international choirs. For 2015, the newly titled “Show Choir Canada Championships” is open to all groups internationally and features an international panel of judges as well.

Finding Show Choir Canada’s Champion is an important task, and should only be entrusted to the people who have proven themselves time and again in the arts industry. After an exhaustive search, Show Choir Canada has found four top industry experts from the world of show choir as well as professional music, dance, and theatre to assess the teams competing in the championships.

Ned Rosenblatt, Associate Professor of Voice at Berklee College of Music, has taught Chorus, Vocal Jazz Ensemble, Jazz Ensemble, Jazz Improvisation, Music Theory, Wind Ensemble, Arranging, and Music Technology. He has also served as Director, Music Director, Vocal Coach, and Accompanist on musicals. He has arranged for instrumental and vocal ensembles in the Jazz, Classical, Pop, Contemporary, and Broadway Show idioms. He frequently serves as a guest conductor, adjudicator, and clinician for instrumental and vocal ensembles.

Kenneth Giles, Choreographer/Producer of National ShowChoir Championships of Ireland, is a creative powerhouse from Dublin who has worked in a number of areas within the performing and entertainment world, including TV and radio host, talent show judge, boy band member then later a successful solo artist. Kenneth is also a well-known and sought-after choreographer, director and producer throughout Ireland, working on numerous theatre shows and high-profile events.

About the Author
Show Choir Canada (SCC)’s mission is to play a vital role in the development and support of show choirs in Canada. Since 2011, SCC has given Canadian and international show choir students opportunities to perform in professional theatres, in front of enthusiastic audiences and expert adjudicators, featuring awards for top choirs and outstanding individual performers.
Read more from this author
Share
Share this:
Digital
PDF
Issue
More in Show Choir Spotlight 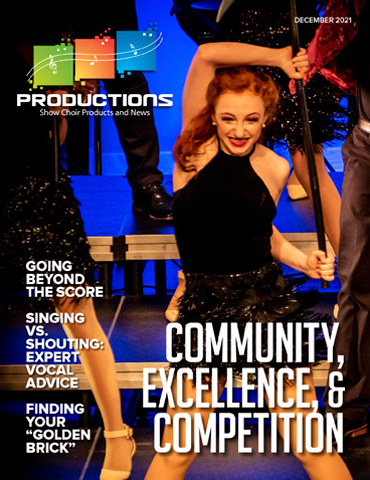