The Role of Competition Within a Music Program 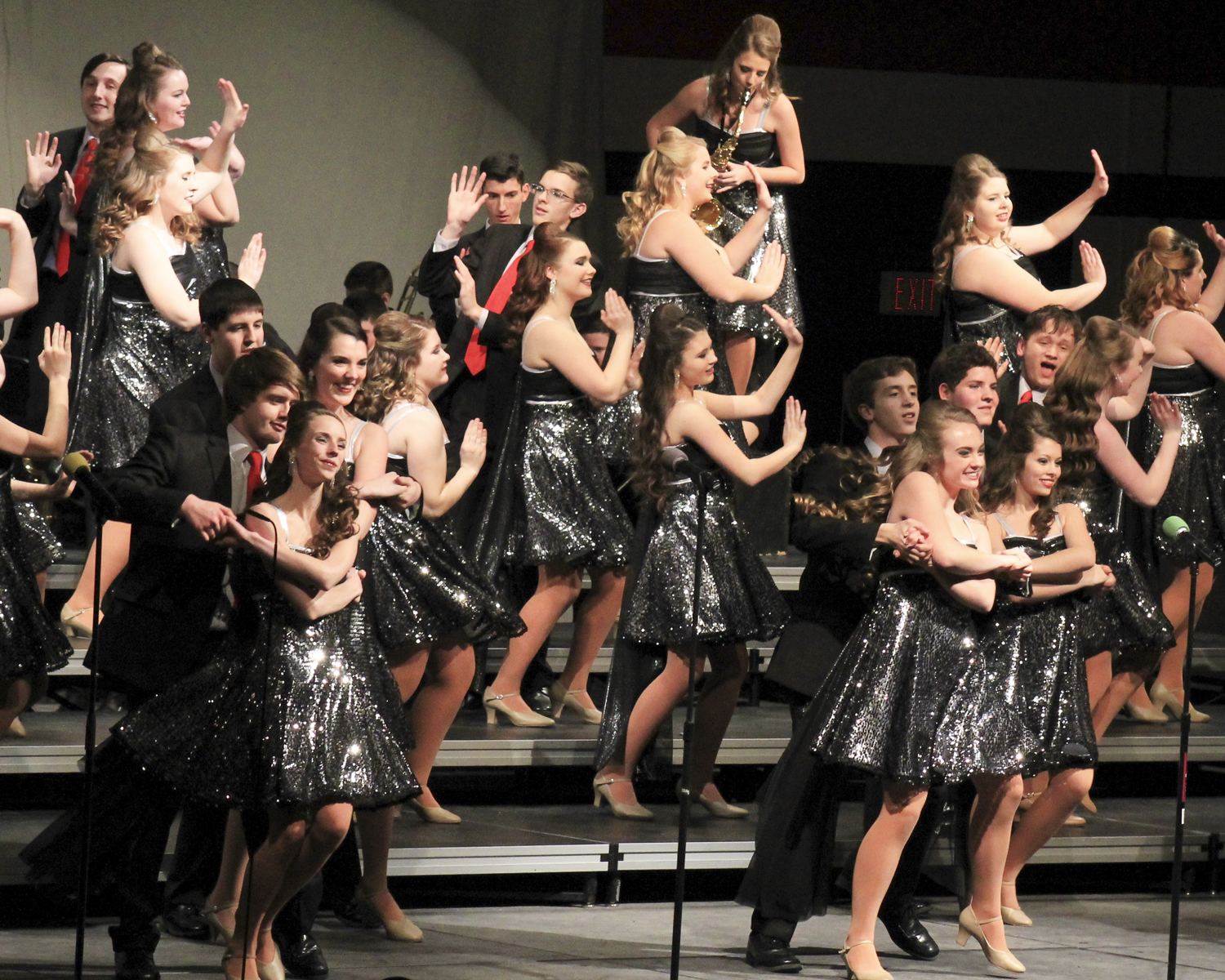 Share
Share this:
Digital
PDF
Issue
Music educators, particularly those who have programs that include a show choir, will have to determine the role of competition for their group at some point. Despite the long hours and hard work for all involved, many directors believe strongly in the value of competition, including the benefits of hosting their own competitions.

Connecticut-based choral director Ron Soja believes competition helps the students push themselves in ways they normally wouldn’t. As Director of Choirs for Petal High School in Mississippi, Shanna Luckett agrees, noting that her students thrive off the competition. In fact, they are so motivated by competition that she hosts friendly rivalries during classtime, fundraising, and in rehearsals, which help the students perform with more focus and purpose- regardless of the task. In their own competition at Clover Hill High School, Carol Tuite of The Choral Boosters Board focuses on fostering sportsmanship and healthy competition, by encouraging a sense of belonging and a sense of community as well. For instance, at their competition this year, students will have a chance to join the THIRST project.

Storm Ziegler, Director of Choral Activities at John F. Kennedy High School in Cedar Rapids, believes competition plays a vital role within his music program, in helping students prepare for the realities of life, inside or outside of the field of music. For those who will focus on a career in fine arts, auditioning and vying for parts will be a constant process; even for those with other ambitions, they will gain valuable life experience via competition to prepare them for any academic or professional challenges in their futures. Ziegler shares, “Students need to learn at a young age that they are going to have to go up against others in some form of competition in order to advance in life. Learning how to handle that in a professional manner, how to learn from competitive setbacks or losses, and how to plan for success long before competition day are skills that music educators have a unique opportunity to pass on to their students.”

As Director of Choirs for Franklin Community High School, Michael Hummel has seen these same benefits for students, noting that competition is prevalent in our society, whether in sports, band, dance teams, or academic programming. Though he understands students love the music, he believes that the competition angle-when handled with balance, perspective, and guidance- can push students to strive for excellence and constant improvement. Hummel notes, “It is by going to competitions that students can compare themselves to their peers, they can see what others do better, they get a more real world idea of what their director is talking about and can be inspired to reach to new heights and try new things as a result.”

Nikki Goulet Jordan, Director of Music at Kennedy High School, notes that the competitive angle has been a “big draw for guys” to help them “get hooked and not just on show choir.” She has seen competition open doors for her students to all kinds of experience and all types of music; in that way, the competitive angle has actually assisted in building their program and helped students stay motivated in their personal lives as well. She shares, “The act of competing and preparing to compete also serves as a huge motivation for our students to make good decisions regarding their choice not to use chemicals and partake in other activities which may jeopardize their participation in show choir. They definitely don’t want to let the rest of their ‘team’ down.”

Jonathan Dyrland, Director of Choral Activities at Marion High School, views competition as something that drives students to work at every rehearsal, constantly pushing themselves. He adds, “Many students say that the thrill of competing and performing during competition season cannot be matched in any other activity.” Though he recognizes some music educators might balk at the role of competition, he knows teachers are best preparing students when they prepare them for everything, which includes a world beyond the four walls of a choir room.

Benefits of Hosting Your Own Event

Michael Hummel explains that going to contests and hosting their own contest offers his students exposure to high-achieving programs at community, regional, and national levels. “Exposing our students to some of the best ensembles serves as a tool to inspire them to strive to do their best,” he explains, and collaborating helps build friendships among students but also enriches the educational experience.

“Each year,” Hummel continues, “directors and students are pushing the envelope to be even more creative and to reach a new level. Students appreciate the good things that other schools are doing, and they want to add those things to our program. I feel that a quality competition experience makes growing to excellence fun and rewarding.”

Soja adds that when they hosted their festival for the first time last year, they immediately realized just how much time, effort, and work go into a successful event. Luckett adds that hosting a competition teaches students responsibility and how to respect and support other schools’ music programs. Dryland agrees, explaining that hosting their own competition offers students “a glimpse at the other side of the show choir fence,” which is a refreshing change to go from competitor to fan; instead of focusing on themselves, they are intent on helping other choirs succeed–including decorating their rooms, escorting them to warm-ups and performances, and offering encouragement for their hard work and talent.

He notes, “We have students work on stage crew which allows them to see how other schools handle stage set-up, props, transitions, as well as audio/visual aspects of their show. Other students serve food during the day or help keep the school clean. These students come away with such an appreciation of our school custodial staff and cafeteria staff. I often see these students build lasting friendships with these adults that transcend their high school experience.”

In describing his experiences hosting his own competition, Ziegler notes that while a show choir invitational has an obvious competitive nature, there’s even a competitive angle to hosting events. In effect, he explains, they are basically opening up a one-day business, and their job is to compete with other events across the region or throughout the country. Since there’s even another event in their town on the same day, their job is to attract groups by offering something better than their rival offers. He concludes, “Our entire event is built around the continuous improvement model.”

About the Author
Rachel James Clevenger, M.Ed., Ph.D, is the Editor-in-Chief of Productions Magazine. After teaching middle school and high school for several years, she earned her doctorate in Composition and Rhetoric. For fifteen years, she taught and directed the Writing Center at University of Alabama at Birmingham and Birmingham Southern College.
Read more from this author
Share
Share this:
Digital
PDF
Issue
More in Camps, Clinics & Competitions