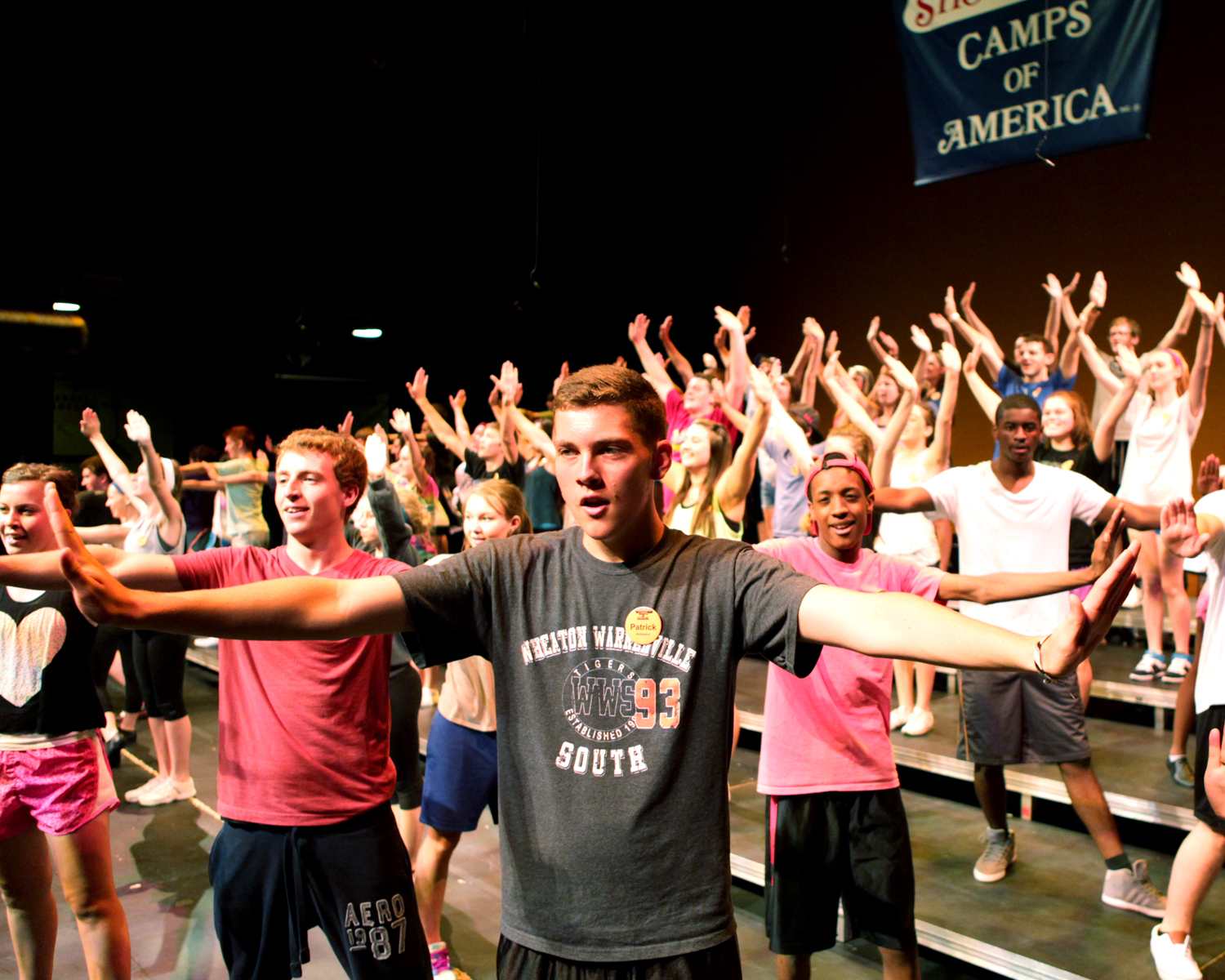 Show choir camp at first was something I just wanted to try. I attended The Southern Experience show choir camp before I began my first year in show choir at my high school, and it completely jumpstarted my passion.

I attended the camp three years, and each year I experienced growth as a person and as a performer. I not only gained techniques and instructions on how to improve as a performer, but I learned lessons that helped me build confidence as an individual. I vividly remember not wanting to leave camp and missing it soon after. When a kid doesn’t want to leave summer camp, you know there’s something good- and there was.

The Southern Experience show choir camp was a place show choir students from around the US could come to learn new things, meet new people, and-most importantly-express their personalities freely. I could always count on that camp to give me great self-esteem and I am sure others would say the same.

I remember an instance from my first year at camp when we were told to all gather around in a circle with our ballad music. We were so confused, but obviously followed directions for the sake of staying on the choreographer’s good side. (Everyone wants to dance in the front, right?) We were instructed to think of one person that has made an impact on our lives. Next we grabbed hands, closed our eyes, and sang that song to our person. At the end of the song, everyone was crying and you could just feel the emotion in the room. I will never forget that, because I was so impressed at how the directors used that to get the point of the song across to us.

Show choir camp at that moment was not about the long hours of rehearsal; it was about finding our own meaning to the song and taking that with us through the week and especially after camp. This camp helped me decide to attend USM as well as become a music major. These camps truly have a lasting effect on its campers, and I will forever be grateful for the impact this camp had on me and my future.

Show Choir Camps of America really opened my eyes on how to become a better singer and dancer, but also become a better performer as well. The organization is filled with so many talented performers and professionals, and they are all willing to help any camper get better.

SCA places campers in a certain group based off of their audition, and they spend the entire week working with that group to come up with a show to perform at the end of the week. Each group has two directors, a vocal director and a choreography director; for example, my directors last year were April James and Ly Wilder.

Similar to my own show choir directors, Ly and April pushed us hard throughout the week, but made it so much fun in the process. Depending on the group campers are placed in, they can learn any number of things from different directors. Ly taught me specifically about work ethic and breath management.

Staying focused when it’s time to rehearse helped me have fun, because being invested in the music we were all making together was honestly one of the coolest experiences I’ve ever had, and I continue to make that choice every day. As most teenagers studying music will learn, breath management is the key to great sound.

Ly taught us several techniques on how to maintain a solid breath while singing, in order to achieve quality pitch and sustain any note for long periods of time.

We are proud to help show choir directors I’m still working on the techniques, and I can say without a doubt it was one of the most useful pieces of information I received to improve my voice. The tips don’t stop at group directors though, because in between rehearsals there are dozens of workshops to attend with other clinicians teaching different material.

Eric Van Cleave hosts a workshop where he talks about ten things NOT to do in an audition. Laughing the entire time, I learned so much about the audition process from this workshop, and I’ve even used the techniques in auditions outside of camp. The possibilities for learning at SCA are unlimited: everyone there is willing to share their knowledge and skills in order for each and every camper to have the best shot at following their dreams, and the food is great too!

It’s also one of the best places to meet new people, and make new friendships from the show choir world that will last throughout competition season and beyond. I work with Dwight Jordan every other week. SCA is the most fun, well-run camp I’ve ever been to, and I can’t wait to go back this summer.

About the Authors
Kaelyn Wolfe is a sophomore at the University of Southern Mississippi who has been involved in show choir for several years.

Ryan Kirby is a junior and a member of the Wheaton-Warrenville South Classics Show Choir. He plans to perform in college and as a career.
Read more from the authors