VH1’s “Off Pitch” and the Grand River Singers 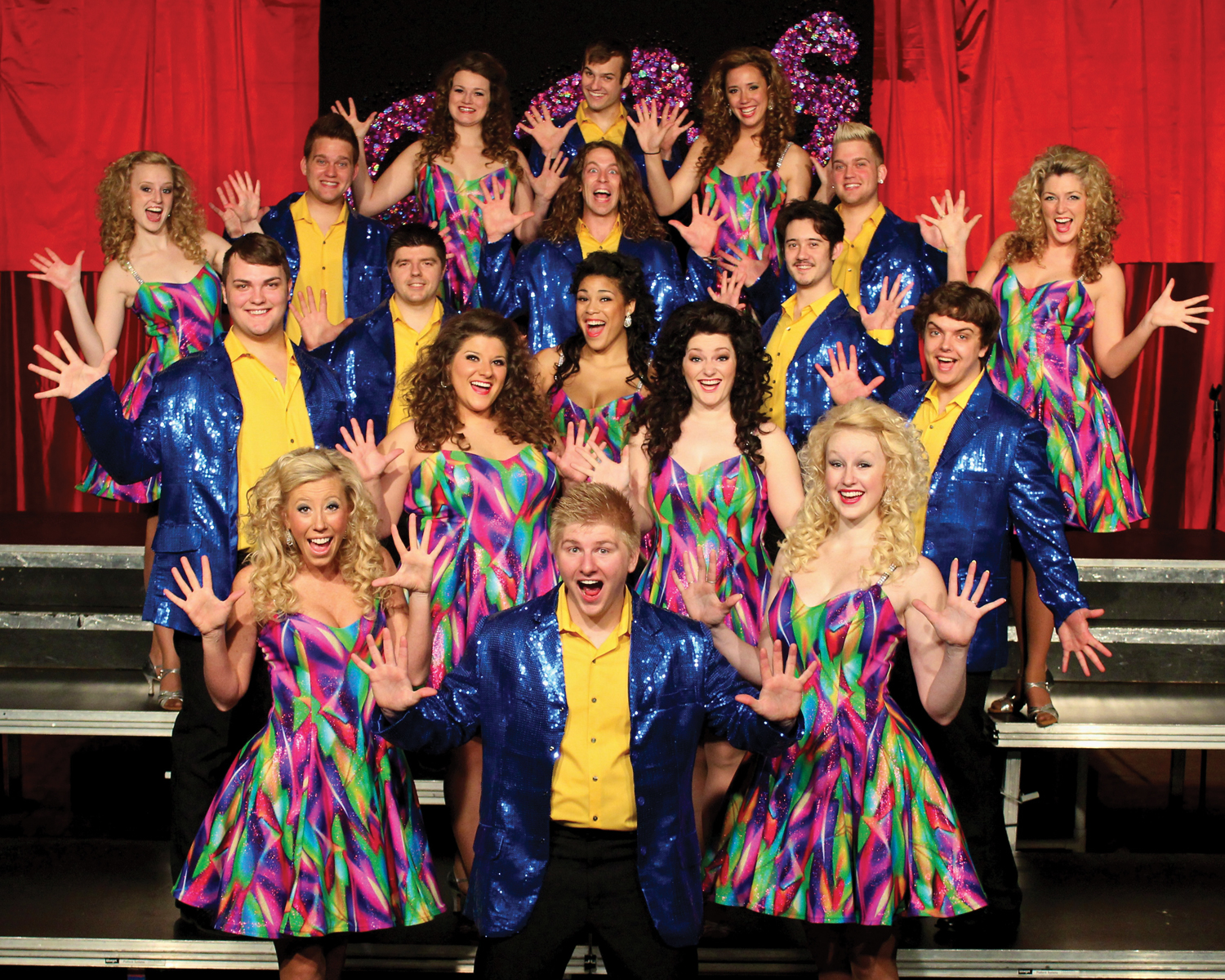 Share
Share this:
Digital
PDF
Issue
When asked to describe the VH1 Show Choir Reality Show that is creating a buzz across the country-the three words that best summed up its heart and soul-Director Rob Jones said, "Passion. Family. Crazy."

Surely, you’ve heard of it by now. You’ve probably watched it at least once, just to see what all the fuss was about. If you’ve watched it more than once, you’re certainly hooked.

VH1’s “Off Pitch” is a little scandalous, a little wild, and bag of jazzhands worth of fun. It’s also a sneak peek into the real lives of the all-adult show choir, The Grand River Singers of La Crosse, Wisconsin. It’s VH1’s new reality show about show choir: “Off Pitch.”

The critical reception has been mixed, though certainly there are far more fans than detractors. Many discussing the show- whether from esteemed positions of pop culture evaluators or from anonymous handles on twitter-are enjoying its quirky, irreverent humor and its likeable and intriguing cast of characters. The New York Times and Media Life Magazine-among many others-offered positive reviews. However, quite frankly, some reviewers just don’t quite seem to “get it.” It’s been labeled as “distasteful” by a handful of reviewers. Michael Tyminski of Manhattan Digest called it “mean-spirited” and “dangerously catty.” There are even some bloggers and columnists who suggest the show is promoting damaging regional stereotypes, with critics proffering the same complaints that typically arise with critiques on other popular shows like “Here Comes Honey Boo Boo” or “Duck Dynasty.”

I’m sure you can find something potentially negative in every episode, but if you aren’t seeing the positives at work in any episode as well-tenacity, friendship, passion, tolerance, and love- you may not be looking closely enough.

Let me add a caveat here, one that Rob is quick to note too: This is NOT your typical high school show choir. If you approach this show with the traditional high school student/teacher dynamic, you will undoubtedly be scandalized like some of the reviewers. However, this show features an adult cast of characters. Rob quips, “High school students wouldn’t go out and drink with their teachers or hang out at their houses 24/7.”

One of the core questions that keeps reviewers and fans guessing is the nature of the show. Lanford Beard of Entertainment Weekly called it the “bastard child” of “Waiting for Guffman” and “Glee”- implying that the show is a mix of fiction and parody/satire.

Rob notes, “That’s the number one question.” Is it a parody? Are these actors or real people? Is this even Reality TV in the sense that our culture has accepted “Reality” TV (as a skewed view of reality anyway.) Aside from problematizing and deconstructing the very nature of reality TV, which we can leave for the academics, it’s quite “real” according to Rob. In fact, he shares, “That is 100% our personalities and 100% our real selves. If you hung out with us for a week, you’d see it.”

The only difference perhaps is that Rob has asked all of the cast members to be themselves with no holds barred. He’s told them the “number one rule” of all reality TV is this: “If you think it, it has to come out of your mouth.” This instruction doesn’t mean they are playing up for the cameras. Instead, they are being-if anything-more “real,” so to speak, than most of us would be in our daily lives, where we are constantly censoring ourselves and adjusting our speech and behaviors. In other words, unlike those of us working traditional jobs or moving through traditional roles-the cast members of “Off Pitch” are all freed to be completely open and utterly outrageous.

For his own part, Rob is living by that credo to such a degree that he is often surprised to watch a scene a few weeks later and hear something he said. He’s sometimes thought, “Oh my gosh.I said that?” Then, he quickly reminds himself that this is the goal-be 100% yourself at all times, and he thinks, “Okay-okay-I’ll own it.” The show does demonstrate some bluntly honest feedback, which some audience members see as harsh and even brutal, but there is just as much support offered after challenges are met. Rob also notes, “If you can’t laugh at yourself in life, life is going to be pretty boring for you.”

He knows there are some reviewers who see meanness where none is intended, people who will be negative and find nothing positive to take from those moments. To such naysayers, he says, “There are always going to be haters.” There are even some who have suggested that this show might do for Wisconsin and show choir what Snooki and her crew did for Jersey and even “ruin tourism” in their home state. Rob’s succinct reply to charges of his show ruining tourism is a delightfully candid one: “Are you kidding me?!”

Interestingly, Rob notes that most of their fans are not from the Show Choir world. One benefit he sees for show choir members in their audience is that non-show-choir types might not understand that clips are showing rough beginnings. “People in show choir understand that every choir starts somewhere,” Rob explains, “and that what you see on an episode is part of a journey.”

He shares one wonderful moment from the last year, now a treasured memory for the entire cast. In Phoenix, they met a fan who had traveled a great distance to see the Grand River Singers in person. She was a 15-year-old girl who was constantly being bullied just for “trying to be herself.” Her family traveled with her across the country to see them perform and so they could share the amazing difference GRS had made in her life.

Rob also described another fan, a little girl who is only five but is already enduring prejudice as a result of being biracial and a little overweight. According to her parents, she’s also been “severely bullied.” Feeling a kinship and appreciation for these zany and bighearted performers, she had made beaded bracelets for the entire cast and traveled to one of their shows to give them her gifts.

“Let the haters hate,” Rob concludes. He and his cast are grateful for every opportunity the show has offered, and Rob says the experience has been amazing for each of them. “We take misfits and oddballs and meld them into this dysfunctional family,” he adds, with the affection for his group both evident and touching. “We’re about family.”

For more on The Grand River Singers, click here.

About the Author
Rachel James Clevenger, M.Ed., Ph.D, is the Editor-in-Chief of Productions Magazine. After teaching middle school and high school for several years, she earned her doctorate in Composition and Rhetoric. For fifteen years, she taught and directed the Writing Center at University of Alabama at Birmingham and Birmingham Southern College.
Read more from this author
Share
Share this:
Digital
PDF
Issue
More in Celebrity Interviews

Brittany Wagner: How Show Choir Influenced Her Life and Success