The 5 Types of Show Choir Storytelling 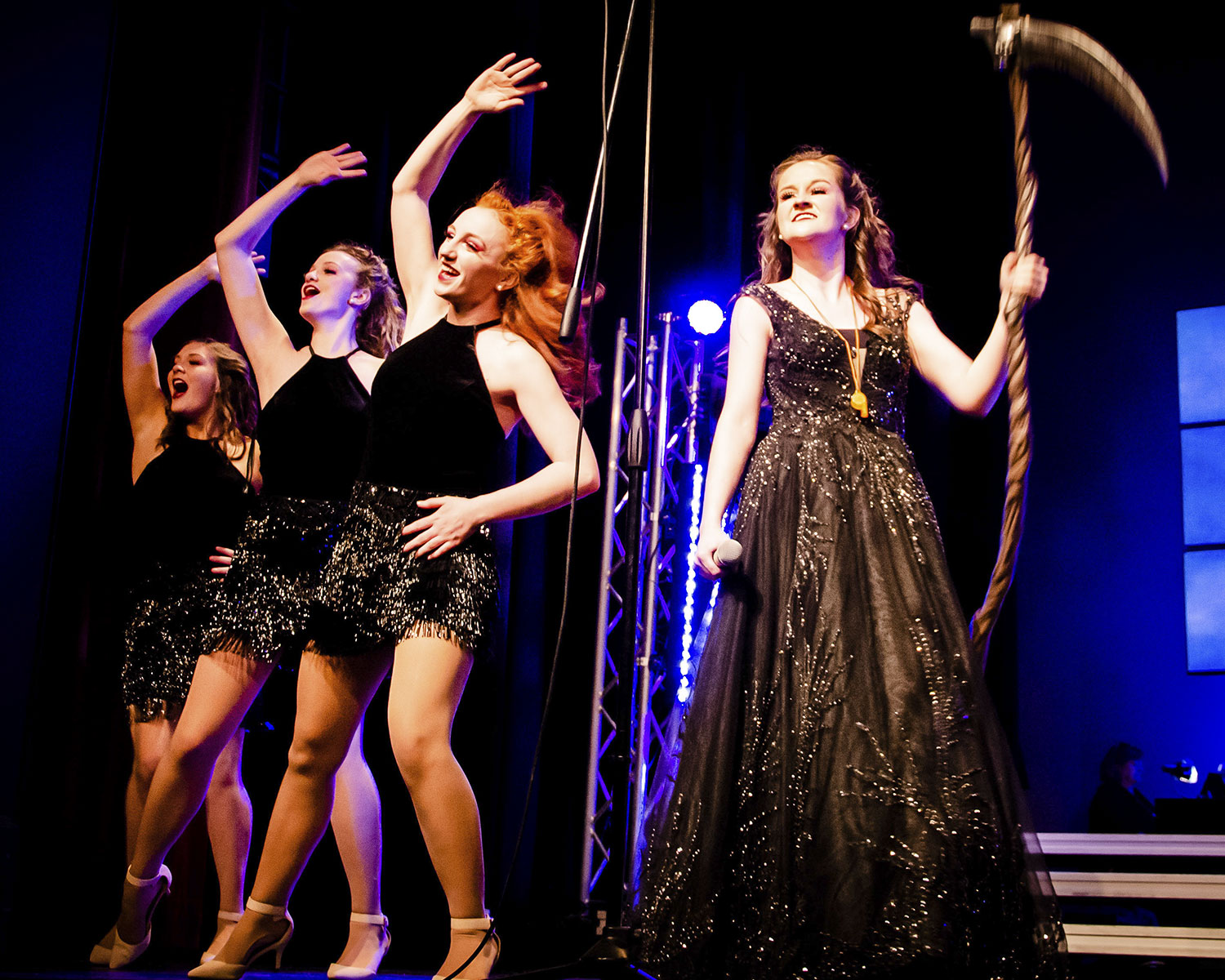 Share
Share this:
Digital
PDF
Issue
It’s easy to think of show choir as being divided into two camps: those who do “story” shows and those who do “traditional” shows. But that mindset overlooks a crucial fact: that ALL songs tell a story and therefore ALL shows are story shows. This article outlines the five most common types of show choir storytelling to help directors choose what is right for their choir.

A “traditional” show is one where the music is chosen solely for its entertainment value and its potential to impress a judging panel. When done well, this kind of show highlights the ability and personality of the choir while at the same time presenting a variety of styles and engaging the audience. The most basic format (although there are many variations) is a five-song set that begins with an upbeat opener followed by a slower song in a contrasting style. A ballad comes next, followed by a costume change or transition of some kind and then a fast-paced closer.
Even though this kind of show does not tell a narrative story, it takes the audience on a musical and emotional journey from start to finish. Attention must be paid to the lyrics of each song and how they interact with each other to make sure that the arc of the show makes sense. Similarly, the pacing of the show, the style of the songs, and the location of the major musical moments should follow a structure that will be pleasing to audiences and judges alike. The most important principle to remember is that every element added to the show changes the way everything else is perceived. For example, a song will feel differently on its own than it will in a medley.

A “story” show, on the other hand, follows a specific narrative—usually one the audience will recognize, like a popular movie or TV show. All creative decisions are driven by the storyline, with songs chosen for lyrics that propel the narrative and accompaniment that sets the right tone. The use of medleys and mashups are commonplace, particularly when required to combine small sections of lyrics from many different songs.
Drawing from musical theater, this type of show often incorporates characters, settings, props, sound effects, and other production elements. It takes dedication to design and perform this kind of show so finding the right story to tell is crucial. A good story show will balance the needs of the story and the needs of the audience by choosing a variety of songs and pacing it in the best way possible to maintain interest.

A “theme” show functions much like a “traditional” show in that it typically presents a variety of contrasting songs in a five or six-song format. The main difference is that the songs, visuals, and costuming all relate to a specific thread or concept, such as “fire” or “circus.” In some ways, this is an easier type of show to create, because having a clear theme is one way to narrow down song or costuming options. However, if a theme is too specific it can make it difficult to find a suitable variety of music.

A “message” show is one built around a specific moral or lesson, like “learn to love who you are” or “never give up.” Some groups invent characters and a narrative to deliver the message—in this case, a message show can also be a story show. On the other hand, if the song lyrics do most of the heavy lifting, it may feel more like a traditional show.

A “revue” show is one built around the music of a particular artist or musical genre, like “Dolly Parton,” or “the 90s.” Rather than telling a story, these shows are all about creating an environment and making as many musical and visual references as possible. The key to making a show like this work is finding ways to bring variety into the show when much of the musical material is going to feel similar.

As show choir has evolved over the years, the quality of storytelling has grown exponentially. It’s more important than ever to have a cohesive show built around clear ideas. Once a director knows what kind of story they want to tell it is much easier to know which of these tools they can use to tell it.

Confessions of a Show Choir Judge: Finding the Line Between Opinion and Standard