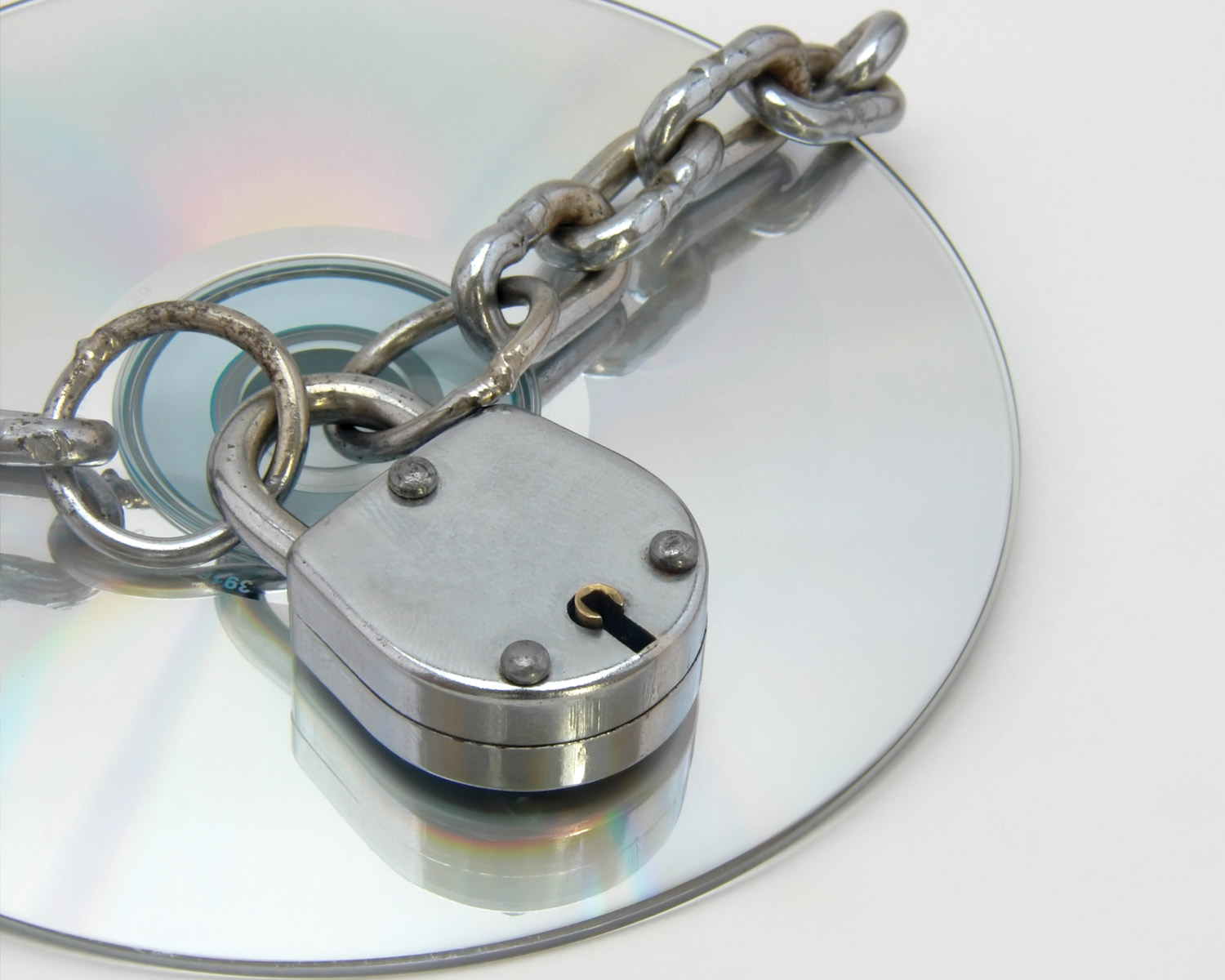 Share
Share this:
Digital
PDF
Issue
Over the last few months in particular, there has been a movement in show choir that seeks to educate directors and boosters more fully about copyright protections, as well as promote a service developed to presumably make applying for custom licensing a more fluid and simple process.

In fact, Productions Magazine offered space in two of our previous issues for these protections to be explained and the process to be highlighted (“Copyright for Show Choirs” in October 2014 and “YouTUBE and Show Choir Music,” in November 2014). We would encourage you to read those stories if you have not yet, as there is some useful information about the workings of licensing and copyright law. We were happy to feature Tresóna whose licensing exchange was labeled as a “joint venture” between Tresóna and Hal Leonard. Even the Hal Leonard site forwarded all requests for show choir licensing to the Tresóna Licensing Exchange.

Soon after these stories ran, we were shocked to hear from many of our readers, reporting distressing stories of the methods being used to procure payments on these song rights, whether they were in ongoing shows or from shows used in the past. Directors were reporting receiving bills from a company they had never heard of, which—when ignored—soon turned to demands that were sent to their principals and school districts. Some were being fined significant fees for alleged non-compliance (one example of which was a 150 dollar song fee listed at almost 2000 dollars a song, once late fees were assessed). Some boosters and directors even reported disturbances being created at their public show choir events, all by this same Tresóna representative.

Certainly, some show choirs are not having a problem with the licensing system they must use to access Hal Leonard music, and that’s great. Obviously, the system works for some, and we hope it continues to go smoothly for anyone not experiencing problems.

However, many other choirs may soon be getting the same types of correspondence that have been stunning directors and administrators over the last few months: calls that music teachers should be fired for alleged violations, threats of lawsuits against music programs and schools, and talk of arrangers being blacklisted. All of this is happening even as some schools and programs are still trying to get their bearings, working to understand what seems to be a gray area in copyright compliance law.

Any choir that is fully compliant with copyright law is presumably not at risk: of course, that would only include choirs that secure permissions for every bar of music used—any recognizable sliver of a song—inclu ding special licensing for every change when music has to be adjusted for the skillsets of the group or individual parts within the group. Reportedly, the show choir community is being told to comply with one man’s interpretation of the law, even as that interpretation is being questioned.

A popular analogy has sprung up about this interesting surge in copyright compliance and show choir laws, one referenced several times in interviews with directors, boosters, small music publishers, and arrangers. To some, this feels like directors and arrangers have been driving 57 in a 55 speed zone— in other words, some did not consider that behavior to be breaking the law at all, while others recognized they perhaps weren’t strictly obeying the letter of the law; either way, no one seemed concerned with pulling them over. Then, abruptly, 55 really meant 55. Not only were people in trouble for speeding right now, but they also were caught speeding on YouTUBE two years ago. Additionally, they must now immediately pay the man who pulled them over, and he may be assessing additional fines, if the car they are driving looks flashy and expensive.

Ultimately, after years of operating within the status quo, several schools and programs suddenly found themselves under siege. Many had long harbored the assumption that Educational Fair Use protected them from securing permissions in the same way, say, producers and show runners would. The way things had been done for decades in show choir had a “new normal” apparently, and they were being told to get with the program or risk everything they had worked for. Some might say that’s not the way to do business.

If you have followed the postings that the Tresóna representative started in the public forum on the highly popular website showchoir.com, you are familiar with some of the reactions to Tresóna’s statements. Some posters derided the scare tactics being used against music directors and the strong-arming of school administrators.

Doubts were raised about a company of murky origins that was simultaneously contacting these aggrieved parties, identifying itself as “Copyright Control & Compliance,” urging the besieged directors to pay the fees or face the consequences. Five schools identified by the licensing representative were not eligible for “A Revised Grade Period —A Copyright Peace Offering from Tresóna” posted in the Showchoir.com community, but he offered this “amnesty” gesture to everyone else. Otherwise, it seemed clear that the deadline was approaching, and more choirs would certainly be next.

In another posting, this same representative mentioned a deal he had offered one school: “Pay for the approximate 96 licenses for the music that your school infringed over the last two years and make a $20,000 donation to a 501c3 foundation that provides music lessons to underprivileged kids. That choir director and school refused this offer, and now it is the hands of attorneys.” Interestingly, what he fails to mention is that he is on the board of a charity that fits that precise description. In addition to sharing a tax document from that school in this public forum, he also posted this: “That choir director and school could have written that check in ten minutes.”

Though a few have said they will try to avoid Hal Leonard completely, I believe that would be a shame, as Hal Leonard has long supported schools and music programs. Surely, there are other ways to move forward. First, arm yourself with knowledge. Learn all there is to know about current copyright law, especially as it may likely be shifting and changing over the next few years; talk to other directors and talk to arrangers who have faced these problems. Secondly, be transparent with your administrators about the shifts happening in the world of copyright compliance and what it means to the program.

First we must state that Hal Leonard Corp. has no ownership or investment in Tresóna nor have we been a part of any threat of law suits or litigation by Tresóna. If this has been implied, it’s not true. Whatever steps Tresóna has taken with any schools regarding possible copyright infringement has been done by Tresóna under its own judgment and has not been directed to do so or authorized by Hal Leonard.

In the past, certain music publishers we represented have also allowed Tresóna to represent them. Some time ago, in an effort to make licensing songs easier for schools, we decided to let Tresóna represent us for songs that we both had the right to license. It didn’t make sense for us to put schools in a position of having to choose their licensing source. We also agreed to, on a limited basis, let Tresóna license songs to schools that we controlled, and they didn’t, in an attempt to make it easier for a school to have once source to license from.

Hal Leonard Corp. has been in business since 1947. We have worked very hard over the years to become the #1 print music, educational publisher. Our reputation has been unblemished with both dealers and educators, and we intend to keep it that way.

In the  same series of postings alluded to before, the Tresóna representative noted: “I would say that we are a nation of laws, and for the literal handful of schools involved, it is a teaching moment and an important one. This moment says that no one has the right to take the property (intellectual or physical) of someone else without asking permission, that no one, not even an educator of our youth has this right, and that there are consequences for our actions.”

This is where he and I agree: We are a nation of laws, and this is a teaching moment. Perhaps the lesson to be taught and learned should be how to go about enforcing those laws. Regardless of legal standing, no one has the moral right to bully and demean hard-working educators and administrators, not even someone who would appear to have the weight of powerful corporations behind him and lawyers eager to sue public schools.

Ethically speaking, no one should threaten your job or require you to donate to the charity of his choosing, all to make the specter of a lawsuit disappear. To some degree, you can choose who you do business with, and you can encourage people who line their pockets on the artistry of others to police their behavior in your schools and your auditoriums. Because there certainly should be consequences for our actions, we should choose wisely who we do business with, as should music publishers.

First and most importantly, take steps to ensure your choir is fully compliant with copyright law and that you have secured the permissions you need. Educate yourself, and protect yourself and your school. Draw on the expertise of any parents who may have experience in this area, and make sure that your team—from your administrators to your boosters, parents, and arrangers—is on the same page.

Secondly, if you receive a bill or other communication that you did not expect, especially if that bill raises red flags for you, request a full accounting from the music publisher of the rates/fees/penalties being assigned to your school for music used. If there is a threat made of litigation, inquire if the party making the threat has any legal standing to file suit against you—in other words, would the person making the claims against you be able to file suit against you as the plaintiff? One of the key pieces of information uncovered by one school during this siege was that the person threatening litigation was not a rights holder and would have no basis for a lawsuit. Of course, please don’t misunderstand: If you violate copyright law you could be sued by the actual rights holders of the songs; however, a third party would not bring suit against you on behalf of rights holders.

This is particularly important when hefty late fees and penalties have been assigned by a third party. Though Tresóna’s representative posted on Showchoir.com that 100% of fines collected were paid out to rights holders and their representatives, an accounting of that money should be encouraged if not required.

Finally, I would strongly urge you to immediately turn over any correspondence to your district lawyers, and let them sort it out. Some educators and administrators have been hesitant to do this, choosing to pay whatever sums have been demanded, rather than involve lawyers and the potential problems that could entail for them at a personal level. Yet, other impacted schools have reported that bringing in their district lawyers has been highly effective.

Ironically, the schools that can least afford their music programs to bleed thousands of dollars are also the ones least likely to investigate and allow attorneys to take over. Don’t let fear shut down a music program.