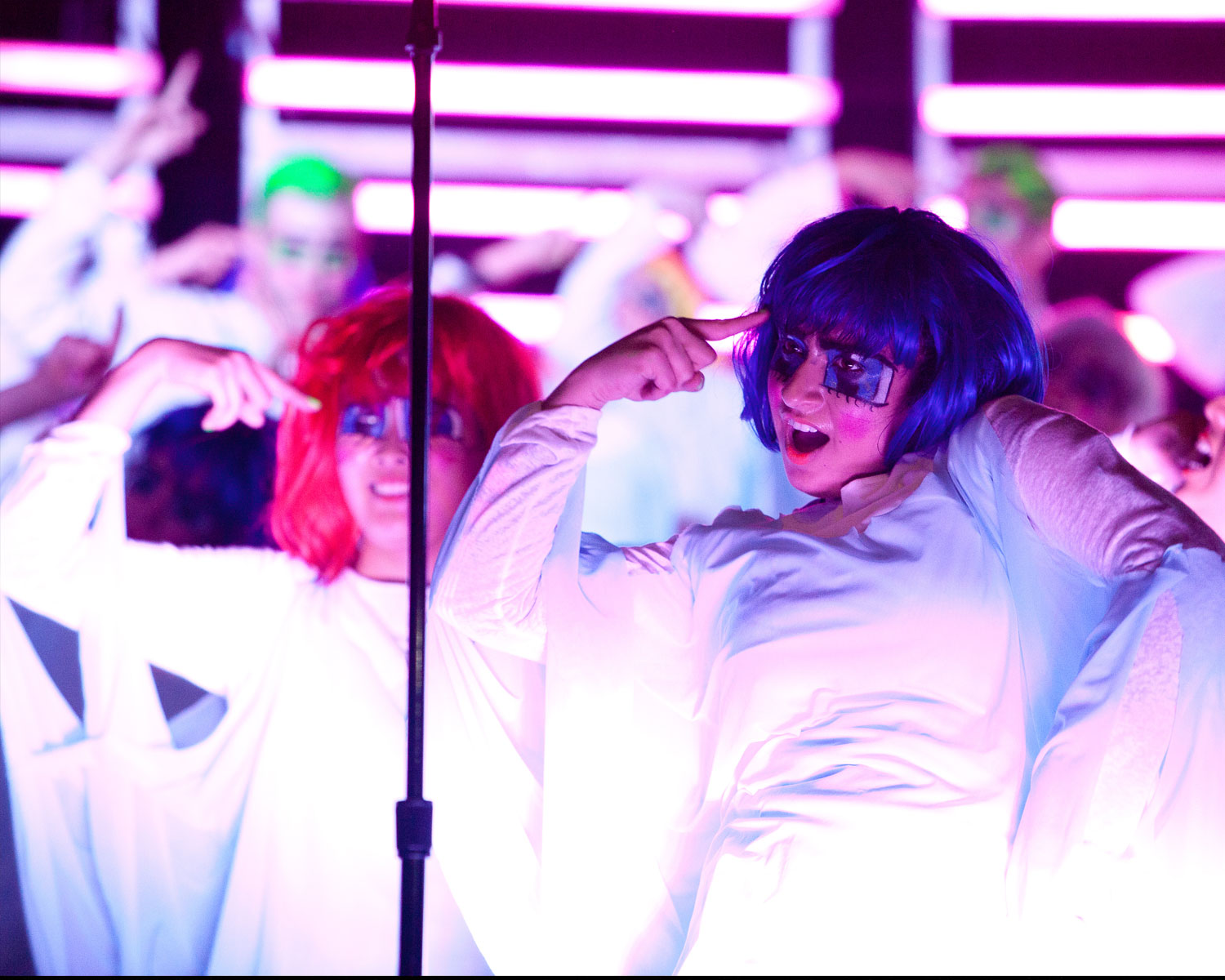 Share
Share this:
Digital
PDF
Issue
Late spring, after the competition season and auditions are complete, is the time to begin the collaboration on the next year's show. The director, who works with students on a daily basis, understands the strengths and limitations of the choir and show band and therefore should work closely with the arranger on the design of the show.

Through collaborative efforts, the show choir director and arranger can design a show that has a perfect fit.

Some show choir programs design from a different perspective, allowing other staff members, such as the choreographer, to design the show and collaborate with the arranger. This process has been very successful for many groups; after all, the visual aspect of the show is just as vital as the musical aspects, and the choreographer can visually outline the concept of a piece with the arranger. However, the director should also work with the arranger to showcase the uniqueness of the group. Some important aspects to ensure arrangements are tailor-made for the groups are proper song selection, voicing and instrumentation.

As long as the song has production value-by being dramatic, high energy, beautiful, meaningful, or funny-it can be considered. However, most school districts are strict regarding inappropriate themes or words. Additionally, when the phone calls come in from the community, the director needs to be ready to defend his or her song choices. In addition, some styles of music work well with some choirs and not as well with others. Whereas a song might sound awesome with the original artist, your choir might have limitations as to why it would not be a successful choice, such as style, range and voicing. If you select a song recorded by Usher, for instance, you must feature a soloist with “Usher-like” qualities because that’s what people will expect.

Some pieces only work in the original key, but that doesn’t mean they are going to work with every choir. If the original is sung by a very high tenor and you don’t have one, just ask the arranger to take it down a third; that can change the entire effect of the song. Keep in mind, however, that sometimes a lower key will produce a darker quality and will lose the vitality and energy of the piece.

Furthermore, the director should work closely with the arranger on ranges, solo lines and key signatures. Perhaps next year will be a young year for the tenor section, but you have a stellar female soloist who is a sure contender for the Outstanding Female Soloist award. The arranger needs to know the range limitations and how much of the selection should be devoted to the soloist. As stated before, certain key signatures can sound dark, like B-flat minor, whereas others can sound bright and cheery, like G-major. Remember, as well, that other keys might be difficult for a younger show band.

Like the choir, the show band will have strengths and limitations in any given year. Perhaps you have an amazing instrumentalist you would like showcased or a unique instrument has been added to the mix of the traditional instrumentation; creative instrumentation can add a great deal to the quality and color of a selection. Whereas the instrumentation should be conservative during the singing, don’t be afraid to encourage the arranger to really “let loose” during the dance breaks to showcase the band.

Given the right parameters-such as proper key signatures, ranges and instrumentation-most show bands can be very successful. In conclusion, while all staff members are vital to a successful show design, it’s the collaborative efforts between the director and arranger that can provide the perfect fit for the group.

About the Authors
Taras Nahirniak is a freelance composer and arranger.

Lori Nahirniak is the director of the "Silver Connection" at Monona Grove High School.
Read more from the authors