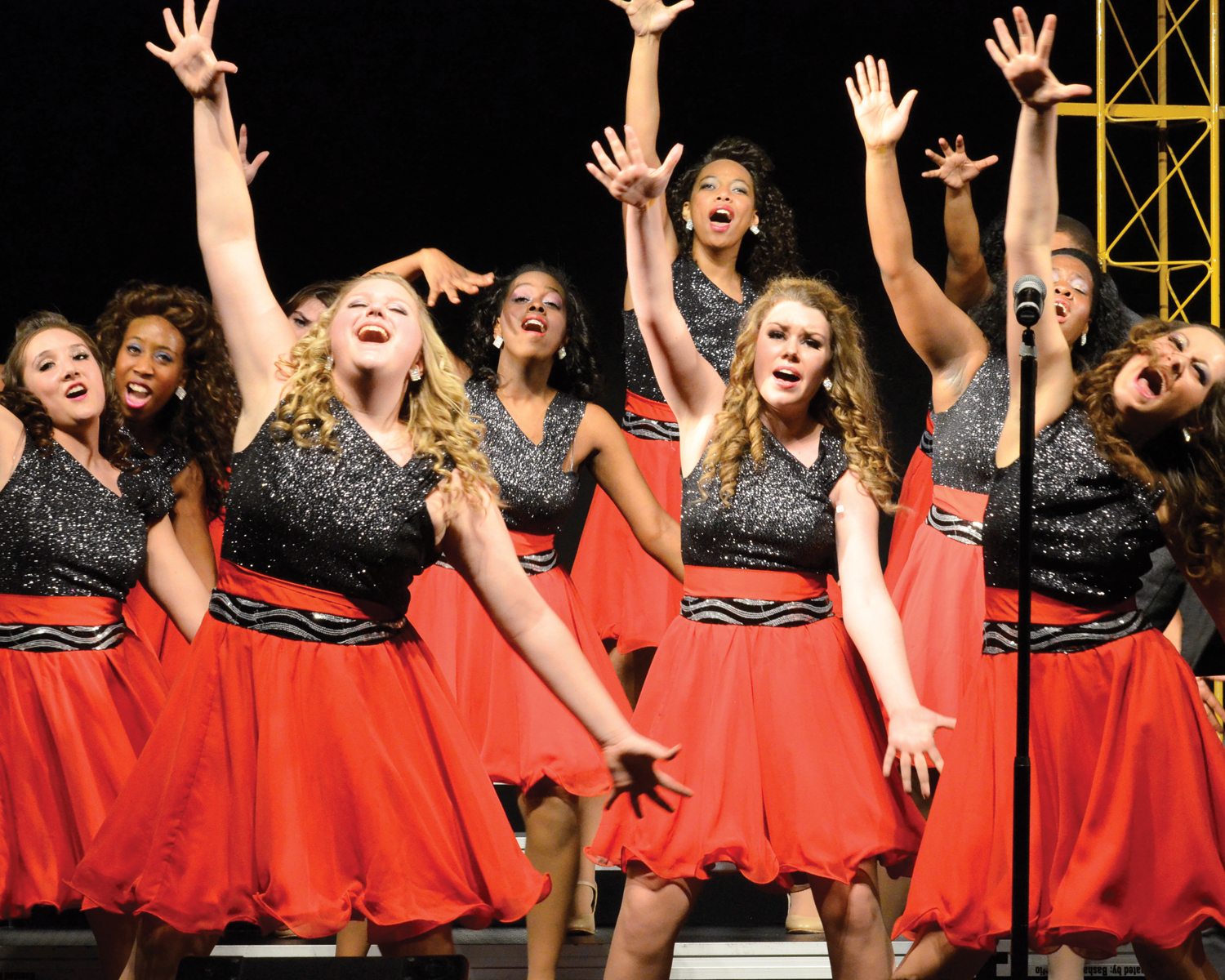 Share
Share this:
Digital
PDF
Issue
After spending a couple of decades in this crazy industry known as show choir and judging numerous talented groups, I came to an early conclusion that in many respects, show choir is a form of theater.

The music is heightened and dramatic, there are sets and costumes, and each performer is in essence playing a character. For many years now, the thought kept crossing my mind-write not only show choir arrangements, but perhaps entire original short theatrical pieces that tell a story.

After I opened up to a few directors about this concept, the idea was met with the expected challenges. The judges and spectators would not know any of the material and thus some may tune it out quickly. My thought? Make the material well pronounced and very entertaining. During my years of adjudicating, there have been many songs I did not know, yet the show choir’s performance was outstanding and kept me totally engaged. Then another challenge-what if two groups were attending the same competition with not only the same arrangement, but the same show? My thought? It’s up to the group to perform their best.

So, after sketching several show ideas over the years, the decision to shelve this crazy concept was made, and I then planned someday offering individual original songs. Then one day, I received a call from Bob Mohr from Crete-Monee High School in Crete, IL. Their show choir “Cavaliers” had decided to have an original show written just for them based on their ideas of a show choir going to a competition. I was thrilled!!

“We knew the process was going to be difficult. We needed to understand that it wouldn’t score well right out of the box. It would be an organic process. From start to finish, we knew the show would change a little every night.”
– Robert Mohr, Cavaliers Director

First off, I love a challenge. To produce this project would require succinct wording, good vocal ranges and interesting melodies all on a deadline. After I spent time poring over the outline of the show, song ideas came quickly; soon several songs were completed and Bob and his choreographer, Michael Talamonti, seemed very pleased.

But then a few stumbling blocks came. Because I had misread a key part of the outline, some songs were scored that were taking the storyline in a slightly different direction. Progress began to slow down. Then a change in the last third of the show and my need to be working on other schools’ projects meant the pressure was on-and scores were later than expected.

Once the group had gotten all of the music, it began to gel for them and they became very motivated; their opening performance was wonderful! It was a true honor to be there to see and hear it. Through the competition season, audiences took well to it and cheered the Cavaliers greatly; however, the judges had mixed reviews. Some loved the idea and their hard work paid off. Others thought it was perhaps too ambitious and too “outside the show choir box.”

“I really enjoyed the collaborative effort behind the process of creating an original show. It was an ambitious undertaking, and efforts from all of us—especially Mr. Bowen and Mr. Mohr—were specifically designed with the best interests of the kids in mind. In the end, I was really proud of the kids for embracing something that was not only unique but also very challenging to pull off.”
– Michael Talamonti

Nonetheless, this was a great learning experience for all. Everyone had their share of work and they were excellent, but perhaps the greatest challenge was for Michael Talamonti who was outstanding in taking music never heard and making it work on stage.

Would I do a project like this again? Absolutely! Having done this only means the next one’s reference points of production are established.