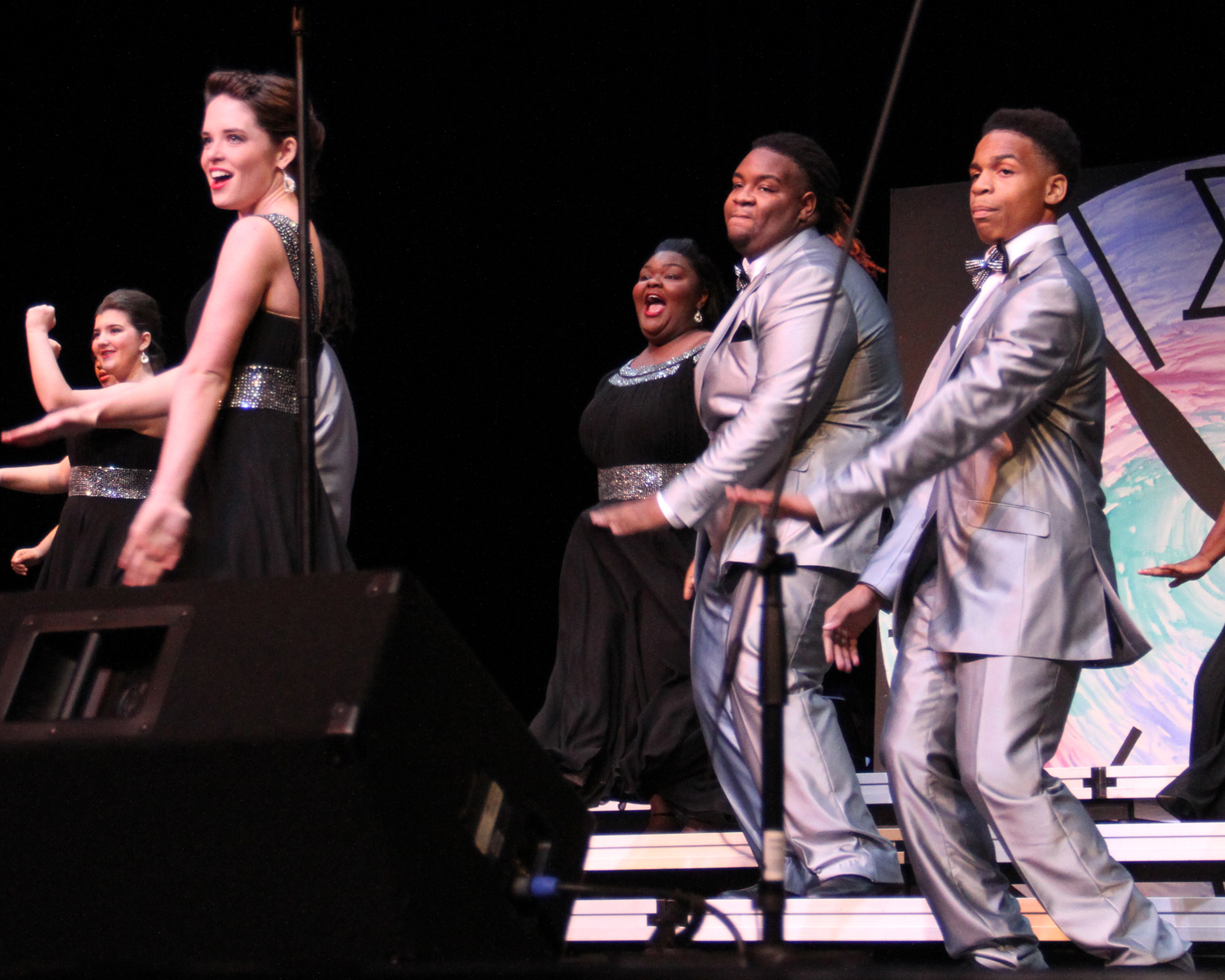 1 – THINK OUTSIDE THE CIRCLE

A respected friend years ago used to draw a circle on paper when planning something. Then he would write the ideas outside the circle at the edge of the page. After seeing this several times, I finally asked, “Why do you write the ideas way out there, away from the circle?” His reply was simple. “I use a circle instead of a box.” Genius!

The concept for him was literal. The ideas on the outside were huge and grandiose – things I knew he actually couldn’t accomplish. But as he planned, the outer ideas got revamped and marked out with the new ideas written closer to the circle. By the time the circle was full, his plan was ready to go.

When it’s time to get all of the hundreds of bits and pieces together for your competition show, all of you know to start early. Some directors need that couple of weeks after school to unwind and think about their shows, but you may want to consider at least getting some of the big ideas on paper-those huge ideas on the edge of the paper-written down and started before school is out. Don’t hesitate to contact the companies you use at this point to at least get schedules and prices.

For instance, this year I started writing and arranging music for the 2017 competition season in early April. Even if that is super early for you, at least the ball gets rolling and may ease the pressure when school starts back, or even later in the year.

In the world of show choir competition, there have been some incredible ideas that have come to fruition and worked extremely well. Nothing feels better than true cheering from your peers and the judges when your group is waving and dancing off stage at the end of their show and you know it worked. Everything about it WORKED!

As an adjudicator, I’ve seen this for years. There were groups that used popular, mainstream music, few props and decent but simple costuming, yet the crowd and judges go crazy. So what was the key? What worked so well? Teamwork! When the director “knows” his or her group and what they are capable of, that is when the magic happens.

Embrace the group you have. Some directors scour YouTube checking other groups, wanting to find that magic piece of the puzzle that made that show work. Always remember – that show worked for THEM. Try to make your show fit your group and not the other way around. If you have a show choir that has some issues, then address those. It’s great to challenge them to the next level, but only if you are moving up just one level (and not to the edge of the paper). If they accomplish that, move up again.

When it comes to the basics–how they sound and how they look–always keep your singers in mind first. If you get a difficult custom arrangement, be prepared to re-work some parts for them. It’s the same with choreography and what they are wearing. Additionally, take moments to stand back to see and hear your group from a distance. Get them in the auditorium or gym when you can. Clean up vocals and really picture their moves and their look. See it in your head.

This may be the most important aspect of all–self-awareness. Know thyself. We’ve heard them all. Through my life, I have slolam water skied, hiked up mountains, swam in two oceans, ridden dozens of world class roller coasters, been overseas and zip lined. Just a mere year and a half ago, I learned to snow ski, taking on a blue hill my first day. But please never ask me to do accounting – it terrifies me!

Dig down deep and really soul search. You may have the most perfect show in mind that’s ever been done – EVER (even the outer most idea on the page). Know in your heart that you can get your students to produce what you see and hear in your head, even if it’s on a much smaller scale (or inside the circle).

After being in the show choir industry for nearly three decades, it is mind boggling to see how much detail show choir directors have to take care of. From an outsider’s perspective, it looks impossible.

Never be afraid to ask for help. Parents and professionals can provide amazing assistance. Keep an open mind and an open heart, and remember this is a human experience. Growth and change go hand in hand. Just always do your best and stay on top of your show. And it will be the best!