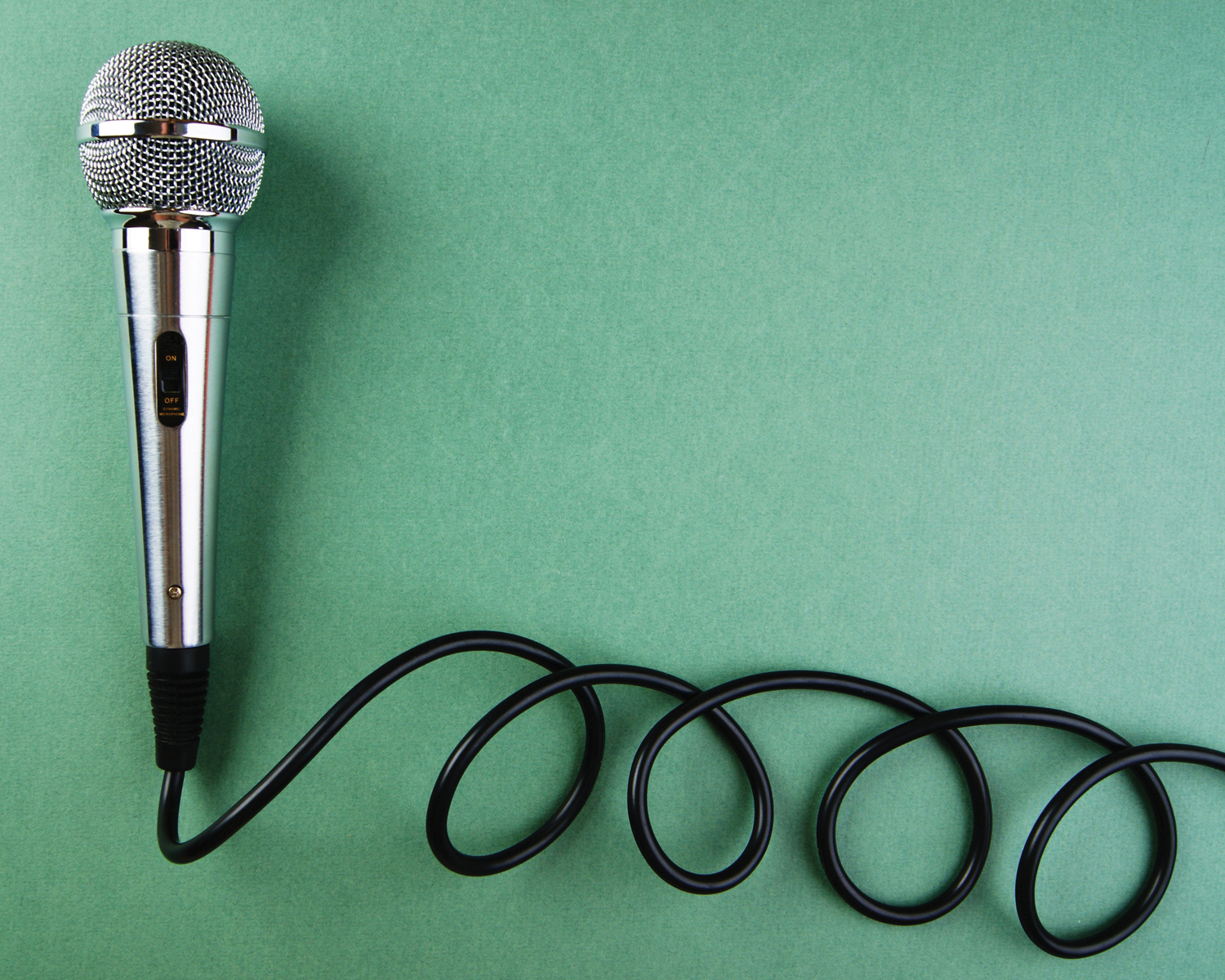 Share
Share this:
Digital
PDF
Issue
An often overlooked yet vital part of modern musical performances is the sound reinforcement (PA) system. In a perfect world, a trained professional would always be available to purchase, setup, and operate the school's sound system. In reality, most educational facilities do not have the available funds for such a luxury.

The responsibility then falls to the next most likely person at school to run the sound system, the music director. After all, you just need a few microphones and a couple of loudspeakers, and it’s time to go on tour! And we want it recorded as well! Unfortunately, sound system setup is not quite that simple. It doesn’t, however, need to be overly complicated. While the extreme quantity of choices available at your local music shop may seem daunting (Cardioid?Dynamic? Low Impedance! Help!), with a few basic guidelines, you can learn what you need, how to connect it, and even how to make it sound good.

Recording: What do I need?

To make a decent recording there are two or three components to consider:

A microphone has an extremely low output level that would result in little or no signal actually making it to tape. A mixer provides gain, which raises the signal level from the microphone to a level that is acceptable to recorders that don’t have microphone inputs.

Microphones are basically simple devices designed to do one thing: convert sound waves in the air to their electrical equivalent. One of the first questions you may encounter is, “Do you want a dynamic or condenser microphone?” These are the two most popular types of microphones in the world:

Use a stereo microphone setup to most accurately capture the sound of a large ensemble. Stereo recording is not as complicated as it sounds. For simplicity sake, we’ll use the most basic type of stereo microphone techniques, the X-Y pattern. Use two microphones of the same model with the two mic capsules placed as close as possible, and facing each other at an angle ranging from 90-135 degrees, depending on the size of the sound source.

For a wider coverage area, the larger angles should be used. The X-Y pattern results in good stereo separation and excellent mono compatibility. A second, somewhat simpler way to record in stereo uses what is known as a “single-point” stereo microphone. The advantage to this type of microphone is simplicity; put the microphone on a stand and point it at what you want to record.

When recording a large ensemble, you may choose to use more than two microphones to adequately cover each section. A technique known as “area” coverage uses multiple microphones to cover small sections of the ensemble. Using a choir as an example, use one microphone for each 6-9 foot wide section, and aim the microphone capsule towards the last row. Microphones should be placed 2-3 feet in front of the first row of the choir.

Two things to consider when choosing a recording format are sound quality and ease of use. While it may be tempting to buy the same gear that the local recording studio has, keep in mind your abilities, and how much time you are willing to devote to pouring over manuals and pushing little buttons. Let’s take a look at some of the more popular formats.

With the price of hard disk storage continuing to plummet, PC-based recording is quickly becoming a relatively inexpensive way to record high quality audio. Computers are very useful for making multitrack recordings, which requires several tracks of audio recorded and later combined into a stereo mix.

Personal computers also offer an inexpensive way to produce CD s. By recording your music into a computer, a CD recorder can take those files and “burn” them onto a recordable CD . Even if the PC isn’t used as the main recording device, the other formats discussed above can easily be transferred into a computer. Standalone CD recorders are also available, and work on basically the same principle.

Most likely, the recording device you choose will not allow you to directly connect a microphone to it. This is where the mixer comes into play. Mixers come in many varieties, a basic mixer will suffice for this application. Be sure that the mixer you choose has enough inputs to handle the number of microphones you are using.

Another useful feature, common on just about all modern microphone mixers, is something called phantom power. Not nearly as mysterious as it sounds, phantom power is simply a voltage that travels back down the microphone cable to power condenser type microphones. Dynamic microphones do not require phantom power, nor will they be harmed if they are plugged into a microphone input that has phantom power turned on.

A sound reinforcement system and a recording setup have two major components in common, microphones and mixers. Microphones are used to capture the sound, and the mixer is used to combine those signals together. The output of the mixer, instead of feeding a recording device, is connected to a power amplifier, which boosts the signal to “speaker” level. One or more loudspeakers are connected to the outputs of the amplifier. At this point the signal is converted from the electrical domain back to the variations in air pressure we recognize as sound, albeit at a much higher level.

Signal processors are devices, usually connected between the mixer and power amplifier, used to enhance the signal or fix problems with the sound. The most common types of processors are equalizers, effects processors, and compressors.

An equalizer is basically an extremely selective set of tone controls that allow you to boost or cut specific frequencies. Typical applications for equalizers are tone shaping and feedback control. Effects processors are used to create special sound effects, such as reverb (sounds like a big, reverberant room) and delay (echo), among others. Compressors control varying signal levels. A loud signal that passes above the compressor’s threshold is reduced (or compressed) by a given amount. A compressor can also help prevent distortion or damage to the loudspeakers. Of the processors listed above, the equalizer is the most useful in just about any sound reinforcement application.

Other general recommendations for live sound microphone techniques include:

Large ensembles generally do not need much sound reinforcement, unless the performance area is unusually spacious. For choirs, use a technique known as area miking. To determine the right number of microphones, use one for every 10-15 voices. Remember not to use more microphones than absolutely necessary and follow the 3-to-1 Rule. As in recording, use a flat frequency response condenser, preferably in a cardioid pattern.

If the microphones will be suspended from the ceiling, make certain they are aimed towards the singers’ mouths, not at tops of their heads. Handheld, dynamic microphones are designed for up-close use only, and are not appropriate for choir-miking under any circumstance.

One of the most commonly asked questions in professional audio is “What microphone can I use that doesn’t cause feedback?” The answer to the question is, of course, that no such microphone exists. Feedback results from a combination of many factors, including loudspeaker placement, microphone placement, the frequency response of both devices, and room acoustics.

Feedback is characterized by a sustained, ringing tone, which can vary from a low rumble to a piercing screech. Echoes and reverberation caused by room acoustics, as well as ground buzz and other extraneous noises, are not the same thing as feedback, and cannot be cured in the same manner.

The single easiest way to reduce feedback is to move the microphone closer to the desired sound source. Additionally, using a directional microphone (cardioid, supercardioid, etc.) will typically increase the amount of gain before feedback. Reducing the number of open microphones with an automatic mixer will also improve the situation. Try to keep microphones and loudspeakers as far away from each other as possible. Lastly, acoustically treat the room to eliminate hard, reflective surfaces such as glass, marble, and wood.

Remember, there are few rules in audio – if it sounds good to you, it is good. For every application, there will be a good, better, and best option. A little knowledge and some common sense will allow you to choose a good system with a reasonable budget and a minimum of frustration.

*See fuller descriptions for setup and use in Shure’s “Music Educators” guide.

About the Author
Gino Sigismondi is a Shure Applications Specialist. With a history of audio innovation spanning over 80 years, Shure has turned a passion for making great microphones and audio electronics into an obsession. fNo wonder Shure (www.shure.com) sets the worldwide industry standard for superior microphones and audio electronics.
Read more from this author
Share
Share this:
Digital
PDF
Issue
More in Audio & Sound