“Wowing” Your Audience With Pop Music 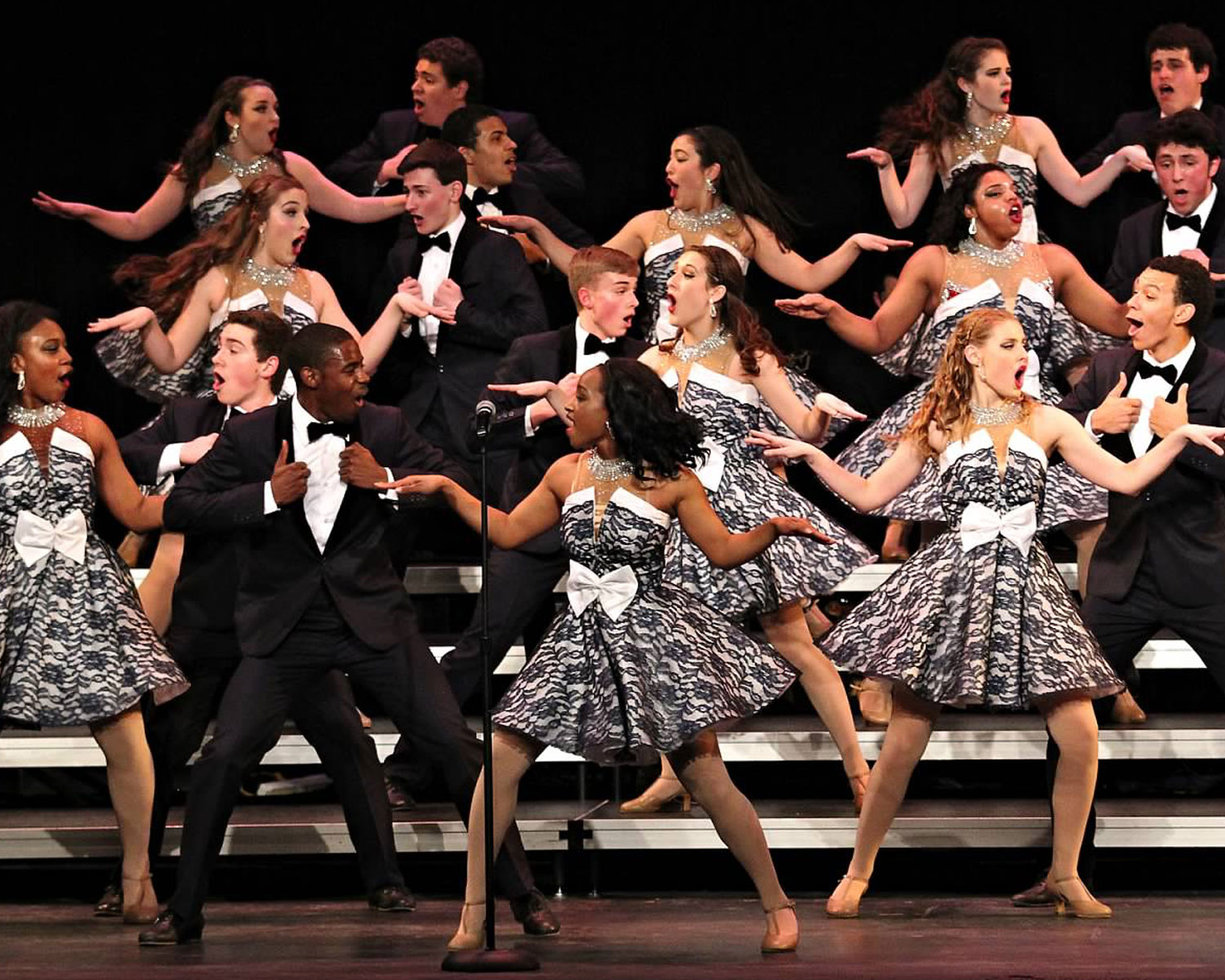 Share
Share this:
Digital
PDF
Issue
Current pop hits have become an increasingly important part of the show choir repertoire. For many programs, singing songs that students recognize is an important recruiting tool. Still, some directors shy away from such tunes because they don't consider them to be as musically complex or challenging.

In many ways, they’re right. Studies have shown that over the past 50 years pop music has become simpler, louder, and more homogeneous — with the lyrics of hit songs averaging between a second and third grade reading level.

But including pop songs in your show doesn’t mean you have to settle for sub-par music. It may take more work, but with the right arrangement popular music can be just as satisfying to perform as any other kind of music.

“It All Begins with a Song”

I live  in Nashville-the songwriting capital of the world- and I’ve seen firsthand how many of these songs come to life. At its core a song is made up of lyrics, melody, and chords. The finished product you hear on the radio is the result of a producer and an arranger who took that song and designed it in such a way as to be commercially successful.

Many of the characteristics musicians consider to be important (dynamics, variety, complexity, etc.) aren’t as crucial in songs written for radio play. On the other hand, musical theater transfers almost effortlessly to show choir, because it was first written with the stage in mind. Despite their differences, both musical theater and pop music began as simple songs which were then transformed by an arranger Popular music often gets a bad rap from trained musicians for being “boring” and “unmusical.” But with the right arrangement, almost any pop tune can transfer to the stage effectively.

Understand the Form of the Song

An arranger’s most important tool is the ability to create a unique roadmap for each arrangement. To change the form of a song, one should be able to recognize the function of each of its parts. This is especially important in medleys and mash-ups when decisions must be made about which parts of a song to include.

Most pop songs are written in some variation of “verse-chorus” or “AABA” song forms, but there are many other elements that provide variety, such as a hook or pre-chorus. Analyzing and studying popular songs in the classroom can be an entertaining way to engage students in learning more about the music they are performing. Understanding why songs are written the way they are can translate to a more powerful performance on stage.

Make the Lyric the Most Important Part of the Song

Sometimes it’s easy to get so caught up in the music of a song that the words become more of an afterthought. But every decision in the arranging and show design process should be based on song lyrics. Obviously, there are many songs with lyrics that would be inappropriate for a high school choir to sing. But there are also many popular songs out there with positive and uplifting messages.

Mature performers, both student and professional, will study the lyrics of songs they are performing. They will think about what the key words are and be able to identify the underlying emotion of each section. They will decide what the lyrics mean to them personally and channel that into their performance. All songs, even those that may appear at a surface level to have fairly shallow lyrics, will have some sort of emotion or message that can contribute to a show.

Another thing to look for is the style of the lyric. Some songs are narrative and tell a story while others are descriptive and focus on a specific moment or object. Others will be based on a metaphor or even a non-lyrical vocal hook. They often remain in first person for the entire song, but sometimes the perspective of the person singing changes. All of these different factors add variety to a show and help students understand the music at a deeper level.

Give the Arrangement a New Shape

One of the byproducts of being designed for radio play is that pop music is often very “flat” and compressed. For this reason, pop tunes should rarely be performed “as is” in a show choir set. One solution is to make a fast-moving medley of multiple songs. These are especially common in story shows and in situations where one song’s lyrics aren’t strong enough to stand on their own compared to the rest of the show. These medleys are a lot of fun because they often catch the audience off-guard and because the play between two contrasting songs can be very exciting.

Sometimes, however, it can be more rewarding to take a single song and really transform it, giving it time to develop into something that is both memorable and original. This could include changing the feel of a song completely, adding unexpected dynamics, or composing exciting new vocal harmonies over the existing chords. In this case, the simplicity of pop music is often a blessing, because it gives the arranger the freedom to put their own mark on a song. We can all think of a particular version of a song-show choir or otherwise- that stood out to us because of what an arranger chose to do.

When I design shows, I think about what I want the audience to be talking about after a performance. I like to plan them around “wow” moments: high points in an arrangement that are designed to bring an audience to their feet. Moments like these give new life to a show. And they can take what many expect to be a “boring pop song” and turn it into a memorable musical experience.

Of course not all songs are created equal. Half the battle of arranging is in choosing good songs. But by understanding the form of a song, making the lyrics the most important part of a song, and giving the arrangement a new shape you can make a “wow” moment out of any song in your show, regardless of the genre.