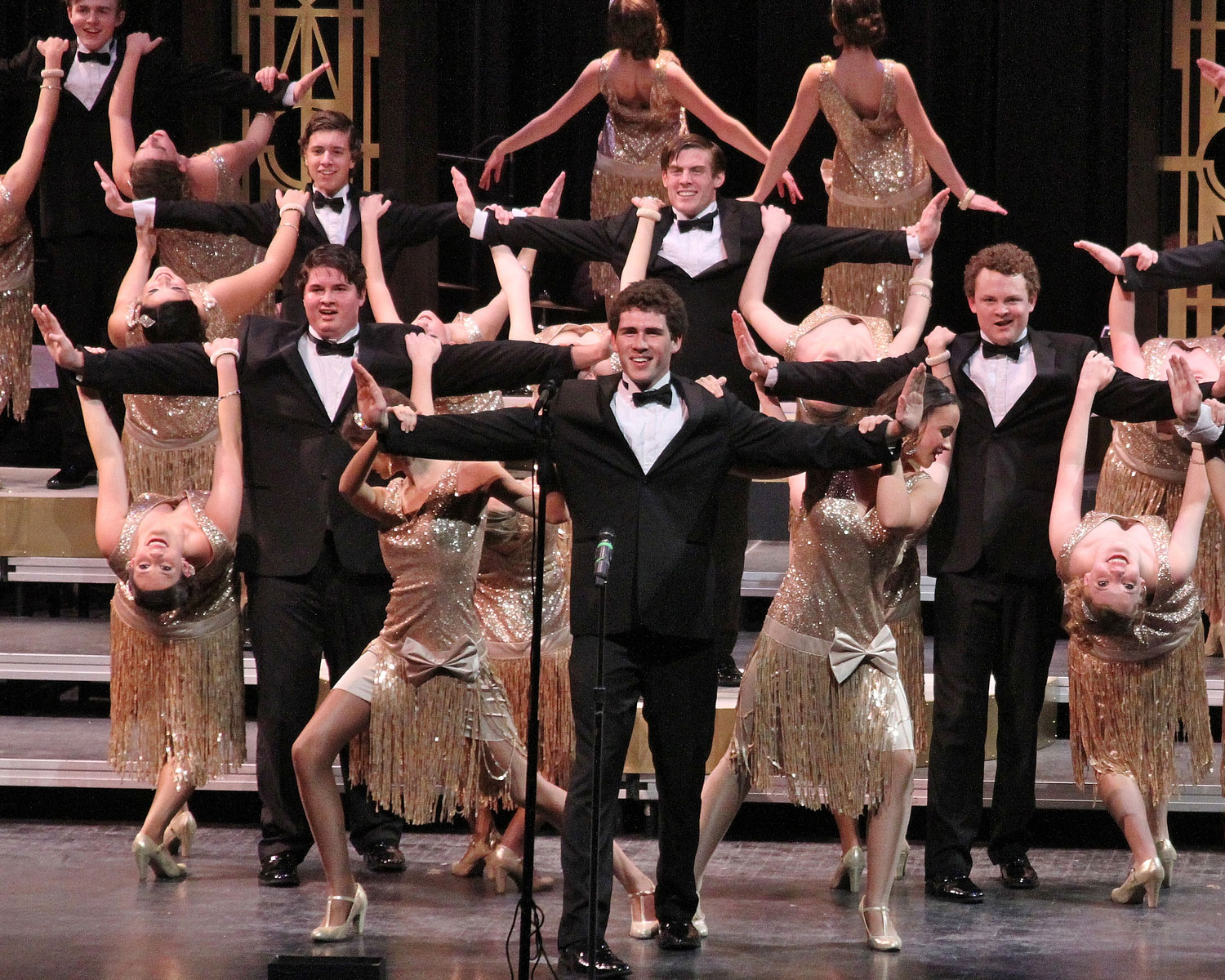 Share
Share this:
Digital
PDF
Issue
Have you ever found yourself in the middle of a rehearsal feeling like the energy of your show was completely dying out? Or worse yet, have you gotten this comment from a judge in competition? Sounds like your show could have used a little CPR... Comp-show Pacing Resuscitation!

When programming your show, the most important concept to keep in mind is pacing. No matter how clever or unique your storyline or theme is, the show will not succeed without good pacing. What exactly do I mean by pacing? I would define show pacing as the dramatic arch created by the song order and the careful editing of each individual arrangement in order to achieve the most exciting show possible.

A well-paced show keeps the attention of your audience glued to the stage from the first note until the final stinger. Artistically speaking, the way you should program your show is a bit like how a writer would design the storyline for a novel—you need to start by immediately seizing the attention of your audience, introduce your theme or story in an interesting way, then build the energy of the show slowly and gradually until you reach the climax—the highest emotional peak of your show.

If it were to be drawn, this dramatic arch would look like a ramp that gradually grows in height from one end to the other. But the journey should not be perfectly smooth—a well-paced show will contain smaller peaks and valleys within the overall rise. When a director uses variety and contrast between musical sections to create high and low points, tension is created and released, creating excitement and flow. In order to maintain this flow throughout the show, it is essential to program a variety of musical styles, instrumental/vocal textures, and tempi in your arrangements.

Your opener is where you need to grab the attention of your audience. I tend to favor a shorter opener with a fast tempo—but there are other ways to get the job done as well. Some like to start with a slower, more dramatically scored opener— and that can be very effective as long as the music chosen is intense and powerful.

Mid-tempos work well in the next slot in order to contrast the energy burst of the opener. Remember— after creating a buildup of tension, you need to release it—so it’s good to let your audience settle into the show with a slower song. Just make sure the intensity is still present and maintained with sections of contrasting dynamics and texture. Some directors like to program a “mood piece” in this slot—a song that communicates an “edgy” or “dark” emotional feeling which propels the conflict in the storyline.

Most people choose to program their ballad at the mid-point of their show, which makes sense because it has the slowest tempo and provides for a nice release of all the built-up tension. Unfortunately, a lot of directors make programming mistakes here which throw the pacing of their show completely off track. I can’t recount how many shows I’ve judged that have started off great and then fell flat on their face because of a lackluster ballad. It’s nearly impossible to recover from this!

When choosing your ballad, it’s critical to keep the energy of the show going by choosing a song with an interesting, complex melody. Try to avoid pop ballads by the latest teen superstar, which usually have limited melodic range and depth. Lyrically, look for words that move beyond cliché, meaningful text that will communicate your message and help to drive the storyline forward. Musically, your arrangement should be intense and emotionally powerful, making sure to utilize the concept of contrast and variety between each section of music in order to create powerful highs and dramatic lows.

After the emotional climax of the ballad, keep the energy going by switching back to an up-tempo number. At this point you are in the home stretch, climbing up towards your closer and the peak of your show. It’s important to ‘set up’ the closer appropriately so as not to get to that peak too quickly.

Some directors program a song designed around the logistic of a costume change—which creates an exciting new look to heighten the drama even more. The closer should, in most cases, have the fastest tempo of the entire show. But the most important factors to consider when choosing your closer are the intensity of the arrangement, that it contains a “drive to the finish” and a final closing section that is the highest energy level of your whole show. Even a ballad could work in the closing spot if it fits these criteria! (e.g. Burbank’s 2012 “Prodigal” show) Give your audience the big finish they have been waiting for and don’t disappoint!

When choosing individual arrangements, look for the same concepts discussed above, but on a smaller scale: a good arrangement should “hook” the listener right away, and build intensity to a final climactic point. A good arrangement achieves musical interest by varying the voicing/instrumentation/key – creating excitement through the contrast of these elements. If a section repeats, SOMETHING should be different! A dance break needs to stay musically interesting by featuring a lead melodic element in an instrumental section or solo. If your arrangement is repetitive or too long, don’t be afraid to change it (or ask for changes) in order to achieve the optimal build.

When your show is properly paced from hook to clincher, the foundation for an exciting, entertaining show is laid. Keep these guidelines in mind when programming any performance, and you’ll never have to perform show CPR again!

About the Author
Anita Cracauer is the founder of ShowChoirStock.com, an online catalog of show choir arrangements. She has worked as a freelance arranger, songwriter, and publisher in the show choir industry since 2001. In addition to writing and publishing, she judges competitions across the country and educates others on the topics of arranging, songwriting, and copyright licensing/publishing.
Read more from this author
Share
Share this:
Digital
PDF
Issue
More in Music