Adult Show Choir Spotlight — After Graduation: Why Show Choir Doesn’t Have to Stop 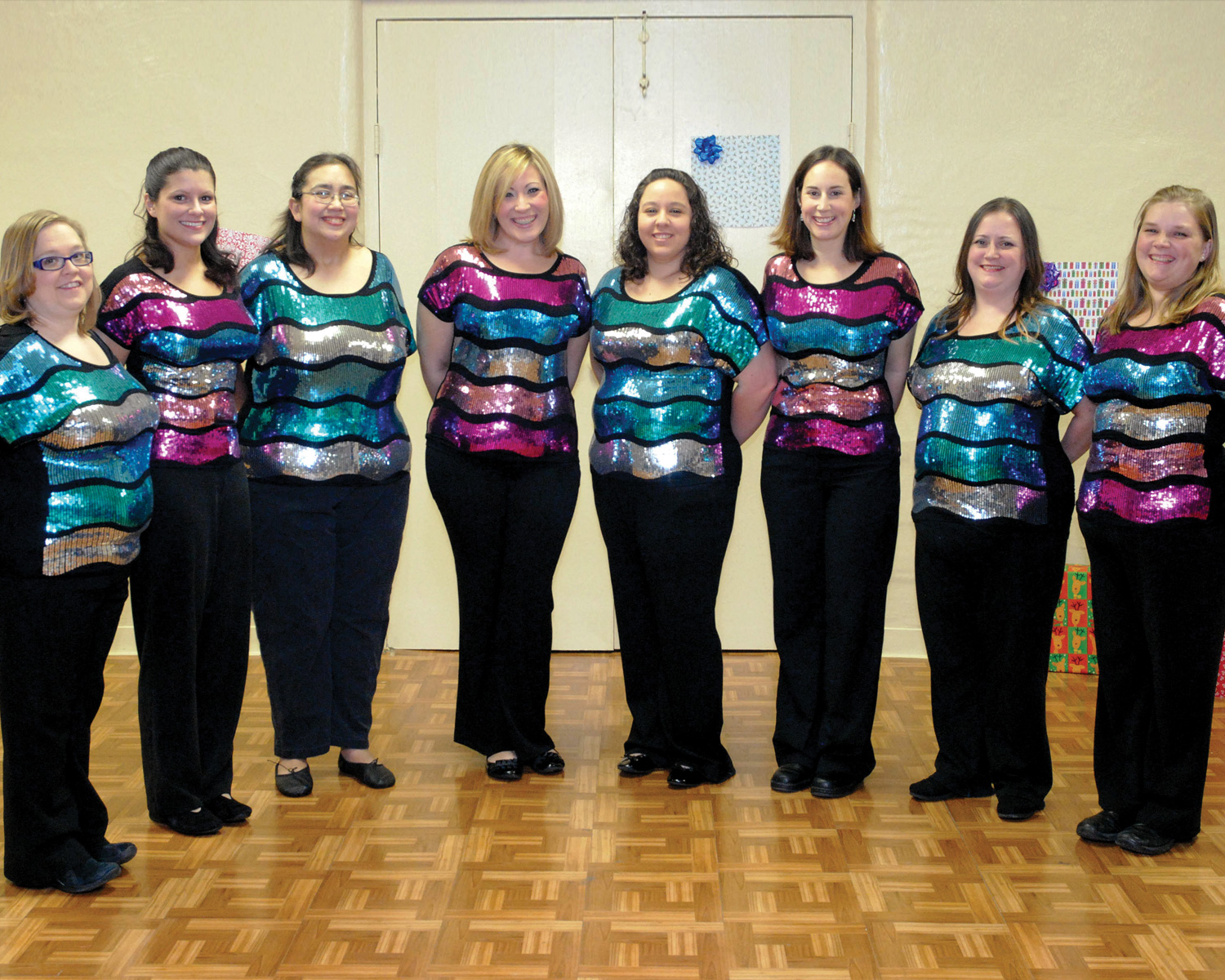 Share
Share this:
Digital
PDF
Issue
The Indy Adult Show Choir is an all age, all volunteer group started in January 2010 by Heather Pechin and a choreographer friend who helped get the group established. Coming from a long history of show choir and dancing, Heather recognized a need for a creative outlet for stay-at-home mothers or people who worked full-time jobs but loved singing or dancing.

With her own full-time day job at JW Pepper, which offered a constant connection to show choir competitions and performances, Heather decided to build a way that she could enjoy that lifestyle again, while sharing performance with others who longed for the same opportunity, and started IASC.

Since then, the IASC have always kept enough members to do a good show, though recruiting has definitely been one of Heather’s biggest challenges. To help the group get started, she put fliers all over downtown Indiana and contacted choir directors from town.

Even though she keeps the group’s rehearsal time to one day a week for two hours, that’s still a time commitment for full-time workers, some who are parents. Men have been tough to recruit as well sometimes, simply because the group is predominantly female. That puts a lot of pressure on a male voice, and Heather admits that might make some men a little nervous.

Because Indiana is saturated with community choirs, theatre groups, and other creative outlets, there is sometimes a struggle to keep talented members. Heather learned early on that she needed to be clear with group members that a commitment to the group needed to last the season. Otherwise, an IASC member might earn a lead role in a community theatre production, and suddenly the IASC had to redo their own show. Heather started handing out a sheet at the beginning of each new season that outlined how many rehearsals a performer could reasonably miss and what’s expected of them when committing to IASC . Also, Heather explains, because the actual rehearsal time is so limited, performers absolutely must put in practice time at home. Though Heather makes sure they have chorography videos to help the process, ultimately the performer must find the time.

Though there are modest dues charged (35 dollars per season), the group generates most of the money they need. Heather has also networked with church friends and theatre people to secure rehearsal space, and she has led a great deal of fundraisers with group members, helping the group raise money for sheet music, accompaniment tracks, and sequined costume tops.

Former Indy Adult Show Choir member Michaela Austin, a fulltime speech pathologist, says she first joined the choir because she had been in show choir in high school (North Central Counter Points). Though she had played with community theatre a bit, she realized that show choir took less time overall and because “it’s really fun to sing and dance and socialize.” Michaela also notes that her performances are family events, with friends and family coming to shows; her father has also been videotaping the shows for them. Though she had to take a break from the group when her child was born this past summer, she plans to return next season.

Bobbi Cantrell was also in show choir in high school, but she hadn’t been part of that life in nearly twenty years. As the mother of two, Bobbi said her three-year-old daughter had a huge adjustment when Bobbi first joined the group a year before.

Now, her youngest is fine, and her teenager wants to join the group. Her husband is also supportive, knowing she needs time “from being mommy,” and her entire family (including her motherin- law, a sister-in-law, her mother, grandmother and sister) all come to the show. Speaking of her time on stage and her fellow performers, Bobbi says being on stage brings her “a rush like nothing else”, and she loves each of the ladies she performs alongside.

Aaron Gray first joined IASC for the 2010 Holiday production, after working with Heather’s boyfriend Ian, who knew that Aaron liked to sing. Aaron says, “I instantly fell in love with the group and loved the show that we put on.” Unfortunately, ongoing knee issues and multiple surgeries have kept Aaron from continuing as a performer, but he continues to support the group in other ways. “They put on a great show and I would recommend them to anyone,” he says. “What I love about the group is that it is diverse.

We have members from all walks of life and, while the group has had a predominantly female presence, the men that have been in the group have been solid.” Aaron also praises Heather as a choreographer and a leader, someone who works to the group members’ strengths and brings out the best in each of them.