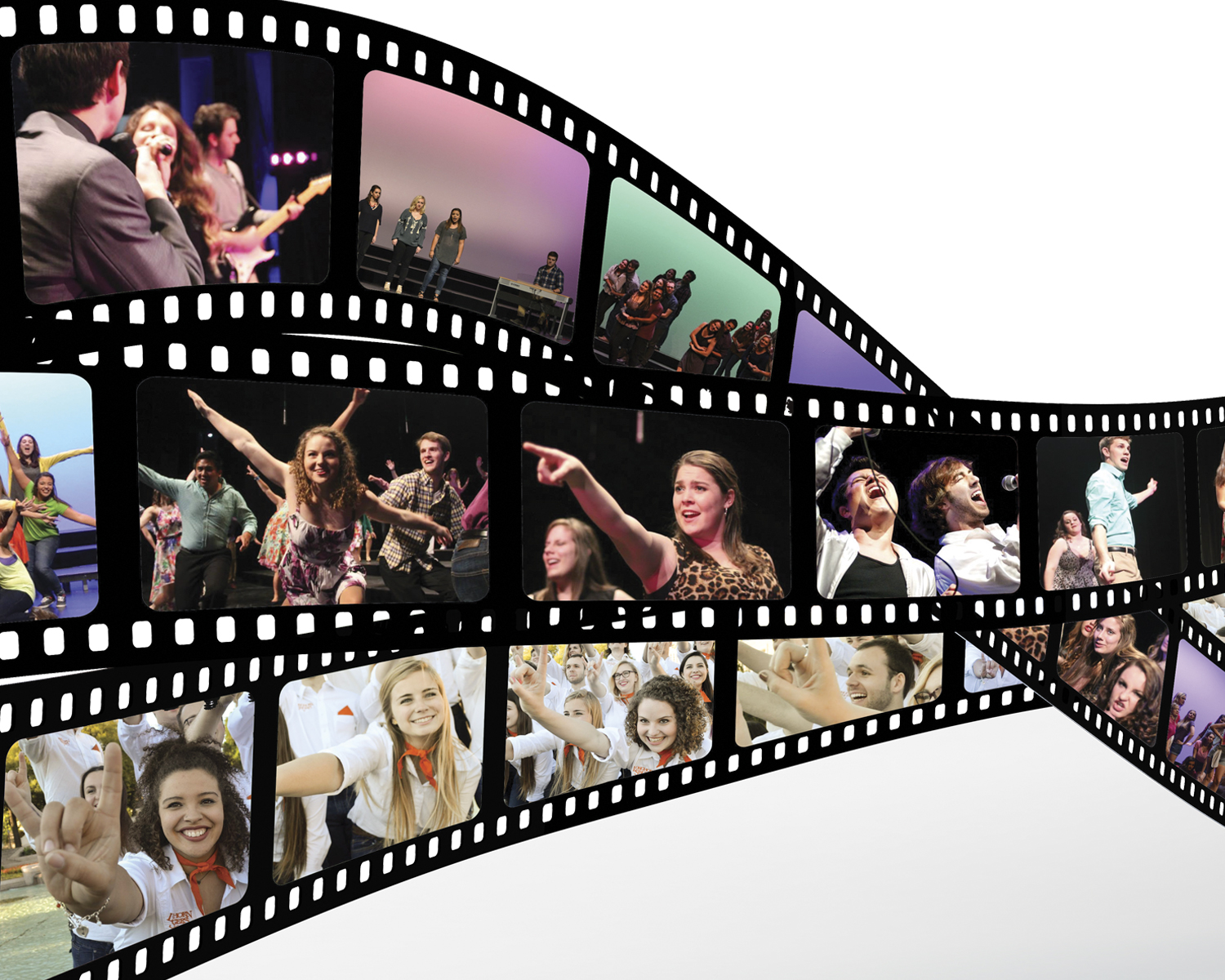 Share
Share this:
Digital
PDF
Issue
Founded in 1958 by Doctor Morris Beachy, Longhorn Singers is the official show choir of The University of Texas at Austin. As one of the oldest performing organizations at the university, Longhorn Singers has seen much change and growth in its 58 years of existence. Originally, the organization was split into two glee clubs: men's and women's.

In more recent years, Longhorn Singers has transformed from a large, 100-person group with no previous experience required to a small, selective ensemble of around 32 performers. The five Executive Officers and the Music Direction Board hold auditions at the beginning of every semester. The auditions require students to sing a prepared Broadway or jazz-standard piece.

The singers do vocalization to test range and vocal tone, sight-read a short selection, and are tested on pitch memory and accuracy. Callbacks are then extended to qualified vocalists where they are tested on their dancing abilities and vocal blending. Although previous musical experience is a requirement, majoring in music is not. In fact, a majority of our members are not music majors, but rather come from colleges across the university such as engineering, nursing, liberal arts, business, and communications.

Although Longhorn Singers has outside directors lead vocal rehearsals, the group is mostly student-run. As mentioned before, there are five executive officers responsible for planning each semester, facilitating community in the group, and coordinating events and performances. These positions are elected by majority vote of active members at the end of the school year and begin their term the following semester. The executive officer positions are president, vice president, treasurer, publicity director, and social & traditions officer.

Longhorn Singers also has elected and appointed officer positions which include costumes head, historian, booster club representative, logistics head, and choreographers. Through the years of LHS, the balance of student leadership to director leadership has varied, but the group has a new director every 1-3 years, ensuring creative growth.

Longhorn Singers is a non-competitive organization, but has no trouble staying busy during the school year. The Longhorn Singers perform every year at The Red River Rivalry in Dallas, the annual football game between The University of Texas Longhorns and The University of Oklahoma Sooners- one of the major and most highly anticipated college football games in the country.

Armed with classic Texas anthems and Sooner-mocking parodies, the Longhorn Singers travel around the Dallas area in the days leading up to the game singing on local news stations, in hospitals, nursing homes, malls, and at the Texas State Fair. While the Red River Rivalry is the only football game the group travels to, they also perform before all home football games at tailgates around the stadium. Once football season is over, the Longhorn Singers focus their attention into learning the music and dances for their fall show. Every semester, the group puts on a full, choreographed show complete with numerous full group and small group numbers.

Exploring ideas such as freedom, home, moments, and feelings, the performances always have an overarching theme that ties the pieces together. In addition to working towards their semester show 6 hours a week in rehearsals, the Longhorn Singers also perform around the University of Texas and the greater Austin community. In recent years, the group has been honored to sing for various deans and presidents of the university, CNN’s Headline News, Grammy nominated singer Flo Rida, and Oscar winning actor Matthew McConaughey.

For years, Longhorn Singers has been a registered class through The University of Texas’ College of Fine Arts. This not only separated the ensemble from other singing groups on campus as an official affiliate of the music school, but also provided them with a graduate student or doctoral candidate director. At the end of the 2014-2015 school year, the new Executive Board was faced with some tough news.

Due to teaching assistant budget cuts, the music school could no longer provide a director and therefore was forced to cut the class entirely. Luckily, the group had a list of accomplished and qualified alumni to lean on for support and offer their assistance. Trevor Heim, graduate student in vocal performance, and Celeste Castillo, local middle school choir director, volunteered to step up to the plate and offer their musical direction to the group. Through their immense help, the diligence of the Executive Board, and the support from the music school’s facilities and financial staff, this transition year has been a complete success and the organization has proven to be stronger than ever.

One of the great things about Longhorn Singers’ position as a non-major music ensemble is that people who are passionate about performing and whose high school choir(s) were extremely meaningful to them are able to continue singing and dancing even if they haven’t chosen to pursue a degree in the fine arts. The many stressors of college can take their toll on students, and engaging in meaningful activities with a supportive community of people combats and relieves this stress, enhancing academic performance as well. Because of the social closeness of the group, members are exposed to the wide variety of incredible programs that the University of Texas has to offer through their friendships with people in other majors.

In a large institution where students can sometimes struggle to feel significant among 50,000 other students, Longhorn Singers gives members a sense of ownership in the school’s culture. When members use their musical talents to promote school spirit, commemorate leaders among faculty, and honor alumni at class reunions, the University of Texas’ histories and traditions become tangibly and personally relevant to each member. The group is proud to provide entertainment in the finest college tradition for a university known by the slogan that “what starts here changes the world.”

About the Author
Zachary Kornblau is the Publicity Director for Longhorn Singers, The University of Texas at Austin. He can be reached at zachary.kornblau@gmail.com.
Read more from this author
Share
Share this:
Digital
PDF
Issue
More in Show Choir Spotlight