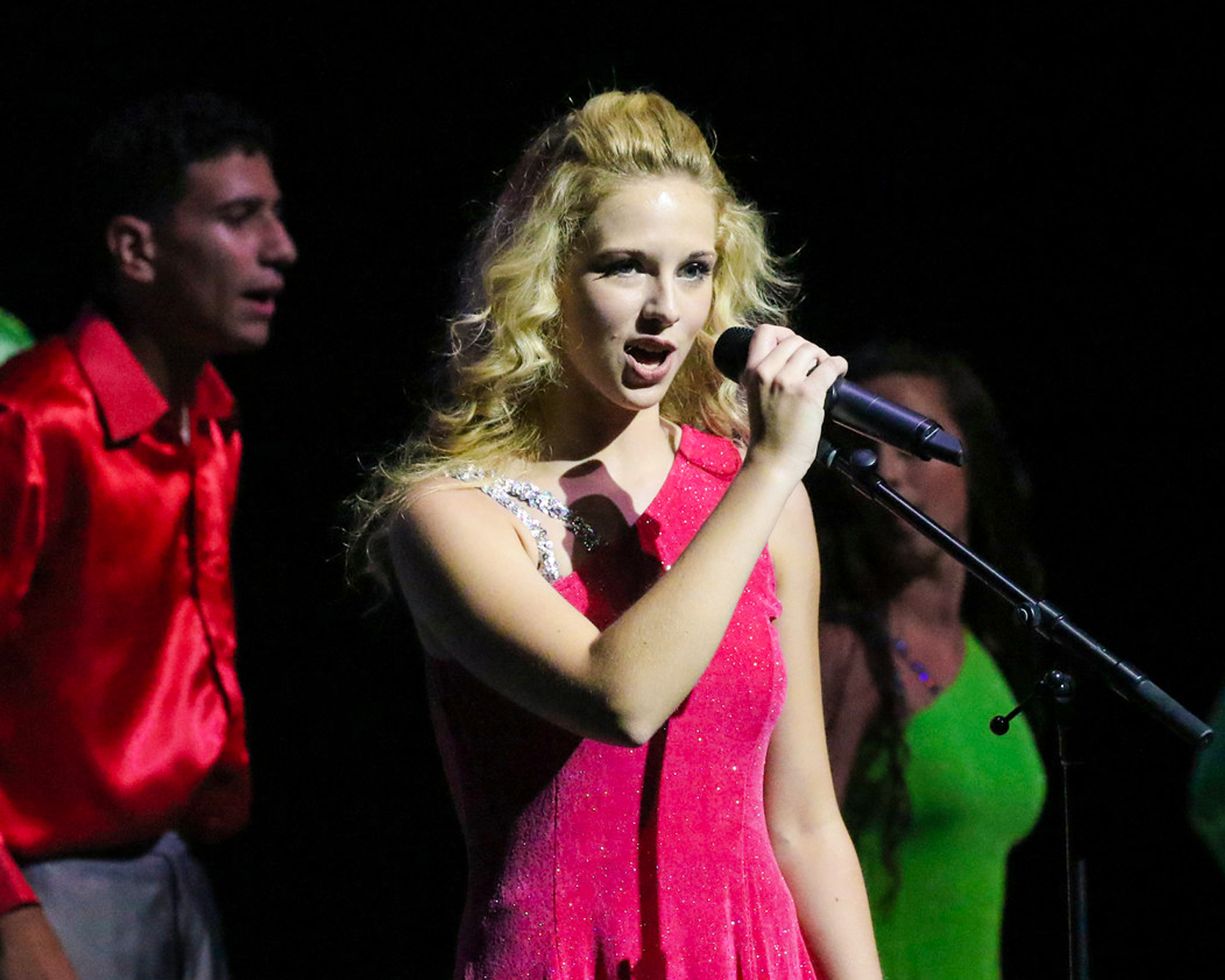 Share
Share this:
Digital
PDF
Issue
The way show choirs use wireless microphones will be forever changed by July 13, 2020, which is he last day wireless mics will be allowed to operate in the 600 MHz service band, by order of the Federal Communications Commission.

For many, however, that forced change will come much sooner.

Wireless microphone systems were first invented in the 1950’s when several companies and individuals patented their own products. At that time, the microphone could only go about fifteen feet away from the receiver.

One company, Sennheiser, offered a wireless microphone that had a box about the size of two water bottles that hung on one’s back and had an antenna that came up the back of a jacket and clipped to the collar. It held six D-cell batteries and could last for 90 minutes.

While that was hardly convenient, the biggest problem was poor sound quality. It was twenty years later before audio company Nady Systems improved that by introducing companding, which is the process of compressing the dynamic range of a signal before transmitting it to the receiver.

There wasn’t a huge demand for wireless microphone systems until the 1980’s, when theatre productions with more actors on stage meant more microphones were necessary. That increased the need for discreet wireless microphones. Those early systems used the 700 MHz band, which worked well for everybody who used them for the next 20 years or so.

Then, in 2010, the FCC banned the use of wireless microphones in the 700 MHz band to reserve those frequencies for police, fire, and emergency services and mobile and broadband voice carriers, which rendered hundreds of existing models obsolete.

This ban created a need for new systems and paved the way for upgrades in technology, which brought in the wave of digital systems, which have better audio quality and the ability to put more sound frequencies in a specific spectrum.

In 2017, Congress authorized the FCC to use incentive auctions as a means to free up spectrum in the 600 MHz band for wireless broadband use. The bidding concluded on March 30, 2017.

One result of this auction and repack is that the use of wireless microphone systems in much of the 600 MHz band will eventually not be permitted.

Many show choirs and choral arts departments have been using 600 MHz frequencies for all their wireless microphone needs in their performance arts programs.

The specific frequencies affected are 616-653 MHz and 663-698MHz. All wireless systems display the frequency band on the receiving unit or on the mic or body pack.

Depending on their location, some schools may be able to use their 600 MHz system until the summer of 2020. However, in some situations, they will be affected sooner. Phase 1 (of 10 phases) began on September 14, 2018.

For a list of the markets for each phase and the dates of discontinuation, visit the FCC’s wireless microphone website at www.fcc.gov/ consumers/guides/operation-wireless-microphones or call the FCC at 1-888-CALL-FCC.

This is definitely bad news, especially for show choir programs with a limited budget. A lot of money has already been spent on systems in place now. Unfortunately, failure to comply leaves the school open to legal action.

To ease the pain of replacing non-compliant systems, major wireless microphone manufacturers are offering scalable rebates on those systems when traded in for a new system.

Lynn Fuston, Manager of Written Content with Sweetwater, recommends that school administrators begin planning and budgeting right away, if they haven’t already, to replace those wireless systems that run within the affected frequencies. They carry several brands that are offering trade-ins and rebates, including Shure, Sennheiser, and Audio-Technica.

Ed Hansen, Marketing Manager with Audix Corporation, advises that manufacturers will be prohibited by the FCC from servicing units or selling replacement components operating in the 600 MHz band.

Hansen said, “Most people will prefer to migrate out of the 600 MHz band altogether and purchase new units in available, legal bands.” He continued, “Our new wireless systems have both upgraded feature sets and a price that is lower than the systems they are replacing. So, in a way, we’ve built the rebate savings into our price up front.”

Bethany Dineen, Director of Marketing with Anchor Audio, stated that the discontinuation of certain wireless microphones due to the FCC’s Auction will have a ripple effect across many different industries. She commented, “It is important that consumers stay informed and ahead of the ball, especially if they have tight budgets.”

Nick Craig, Director of Sales at Anchor Audio, explains that they created the Upgrade Program to allow a simple upgrade of the internal components without the trouble of having to purchase a totally new system, which includes the dual wireless microphones and receivers operating on the 1.9 GHz wireless frequency along with Lithium Ion batteries, improved Class 1 Bluetooth, and Anchor AIR transmitters that allow customers to wirelessly connect multiple units within a 300′ range without the hassle of cables.

For customers with products that are not eligible for the upgrade, Anchor Audio is offering a discounted price on new portable sound and public address systems.

One Step at a Time

So, while this “bad news” is going to be a difficult problem for many music programs, there are some solutions. It is important to look at the equipment that their school uses the most frequently and take care of those things first.

About the Author
Sheila Wagner has spent the last several years working as a professional editor and recently became the staff writer for Productions Magazine. She also was a booster club parent for Attaché Show Choir for 6 years. Wagner can be reached at swagner1@bellsouth.net.
Read more from this author
Share
Share this:
Digital
PDF
Issue
More in Audio & Sound