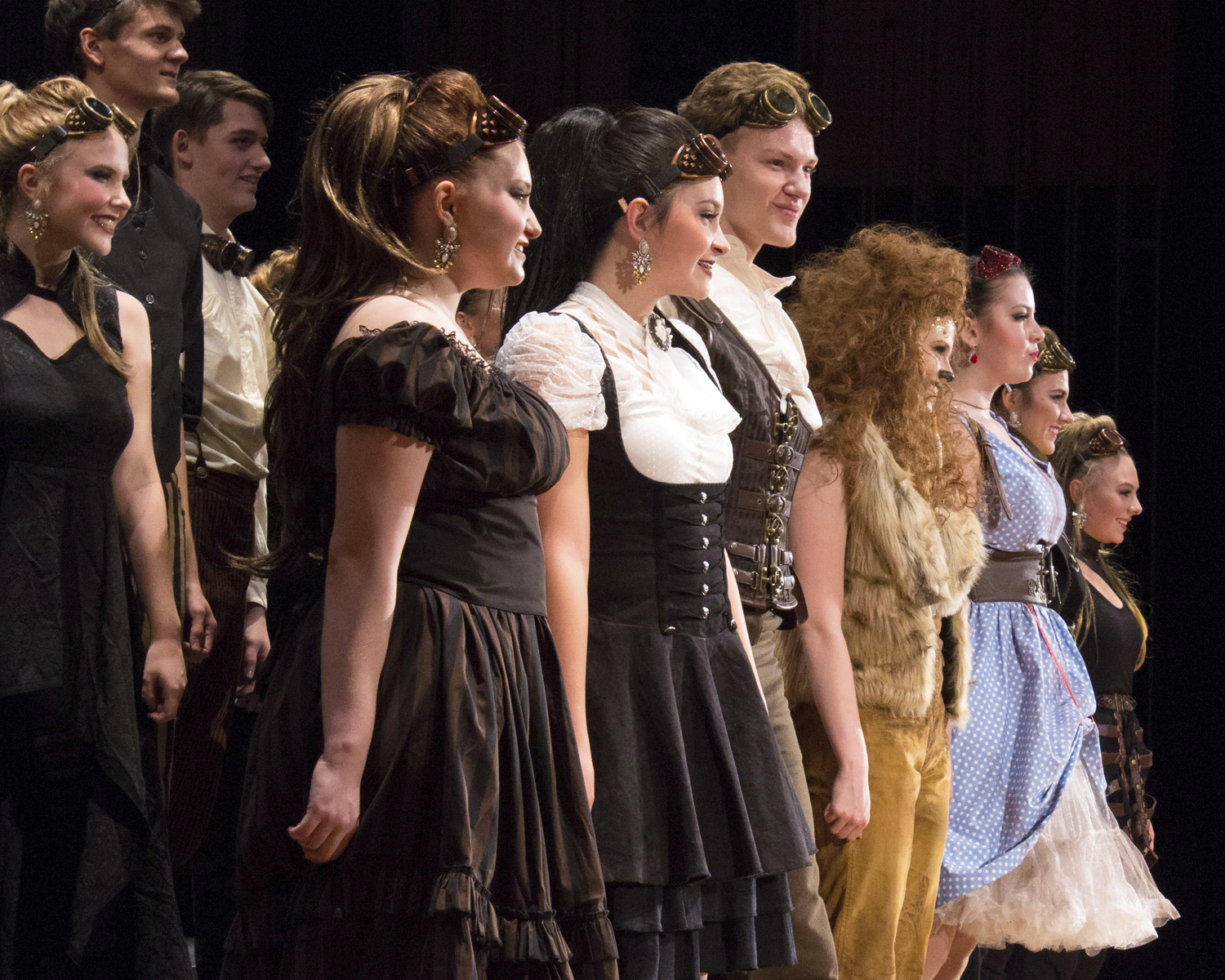 Share
Share this:
Digital
PDF
Issue
The summer of 2016 had been a record-breaking hot summer. In the mountains and valleys of West Virginia, we are accustomed to steamy, hot, and humid summers. The week building up to June 23rd was rainy with daily thunderstorms moving through our state.

Our show choir High Impact from Herbert Hoover High School in Clendenin, WV, had practiced on every other Tuesday throughout the summer. We were excited about our show and had begun to work on vocals and choreography. We sweated throughout the evening because of lack of air conditioning in the school. Two days after our Tuesday practice, we had no idea it would be the last practice in our beloved classroom we called home.

When the Rains Came

On Thursday, June 23rd, the rains began early around 9:00 A.M. The weather report called for heavy rain, and forecasters warned people to watch for rising streams and flooded streets. We had no idea that the communities of Clendenin and Elkview that feed into our school would be forever changed. The rain came fast and hard; by the end of the day, around 12 inches had fallen in our area. Reports of flooding began to come in, continuing throughout the night.

By morning the town of Clendenin, which lies on the banks of the Elk River, was under water, and Herbert Hoover High School was flooded with eight feet of water on the first floor. The roads to the school were flooded, so there was no way to reach the school to try and recover anything. High Impact had lost everything they owned and had worked hard for. Nineteen years of fundraising and hard work lay under muddy water.

All music, sound equipment, instruments, costumes, staging, risers, and our classroom with mirrored walls were gone in one day. Our equipment trailer was also parked behind the school, and we lost it with everything in it. Our school was deemed a total loss and was to be demolished. The only thing we were able to save were a few trophies and four show choir pictures that were located above the eight-foot water line.

Members and parents called and texted me, asking if there would still be a show choir for the coming school year. Parents who had lost their homes and everything in the flood sent me messages begging that we somehow continue as a show choir because it was all their children had left that resembled some normalcy.

I reassured them that we would continue and that I would do everything in my and the boosters’ power to make it happen. I told the members that we had lost all of our equipment, but we still had the most important element of a show choir-our members. They could still sing and dance, and that was a great start.

Our summer show choir camp was scheduled for two weeks following the flood. We were so thankful to Elk Center Elementary school, which opened its doors for us to hold our camp there. We borrowed a keyboard and taped off the gym floor to resemble risers. We practiced hard for the week-not knowing where we would attend school, and we had lots of questions left unanswered.

Reaching Out For Support

Knowing that we needed all the help we could get, I posted a notice on Facebook under the “Show Choir Directors and Choreographers” page. I asked for prayer, and I have been amazed at the outpouring of love, gifting and prayers that have been shown to us. I explained that we were not financially supported by our school district and that we were self-funded. Directors from across America started sending me messages and texts asking how they could help. Items such as music and costumes were offered to us.

A good friend of mine, who also happens to be the director of one of our biggest competitors, was the first to donate money to us. A music camp where I teach every summer took up an offering after the closing concert performance.

An Outpouring of Love

Clover Hill in Virginia went beyond the call for help. Besides raising a lot of money for us, they collected four semi-truck loads of relief items for the flooded areas of West Virginia. The Show Choirs of America Camp out of Ohio sent us gift cards for JW Pepper and later a check to help us replace things that we lost. Through a GOFUNDME account, people sent in money; relatives of members from out of state sent donations. We have been so grateful and blessed by the outpouring of love for us. Just a few weeks ago we received a donation from a wonderful lady in our community to purchase a new equipment trailer.

Currently, we are on a half-day schedule splitting our school day with the middle school. We have no permanent place to call our own. However, our students are positive and have shown strength beyond their young years. We have a long road ahead of us to recover the equipment that we need, but we will have enough to get back out there this year and perform and compete. I tell my members that people will not stand and clap for them this year because of what happened. I do not want our losses to define our performance. I want audiences to stand and applaud because the kids are outstanding.

Thank you from the bottom of our hearts for the outpouring of love shown to us from show choirs across America. There is a saying that applies here: “When words fail, music speaks.” But, actions speak even louder than words. We will take the stage once again this year because of the help we received from students who just wanted to see us make music again.

About the Author
Kathy Silber is the director of Herbert Hoover's "High Impact" from Clendenin, West Virginia. This year the group is comprised of 36 singers, 12 instrumentalists, and 12 crew members. High Impact repeatedly places in the top of their class and places in top six at competitions. Other awards include Best Band, Best Costumes, Best Choreography, and Best Show Design.


Read more from this author