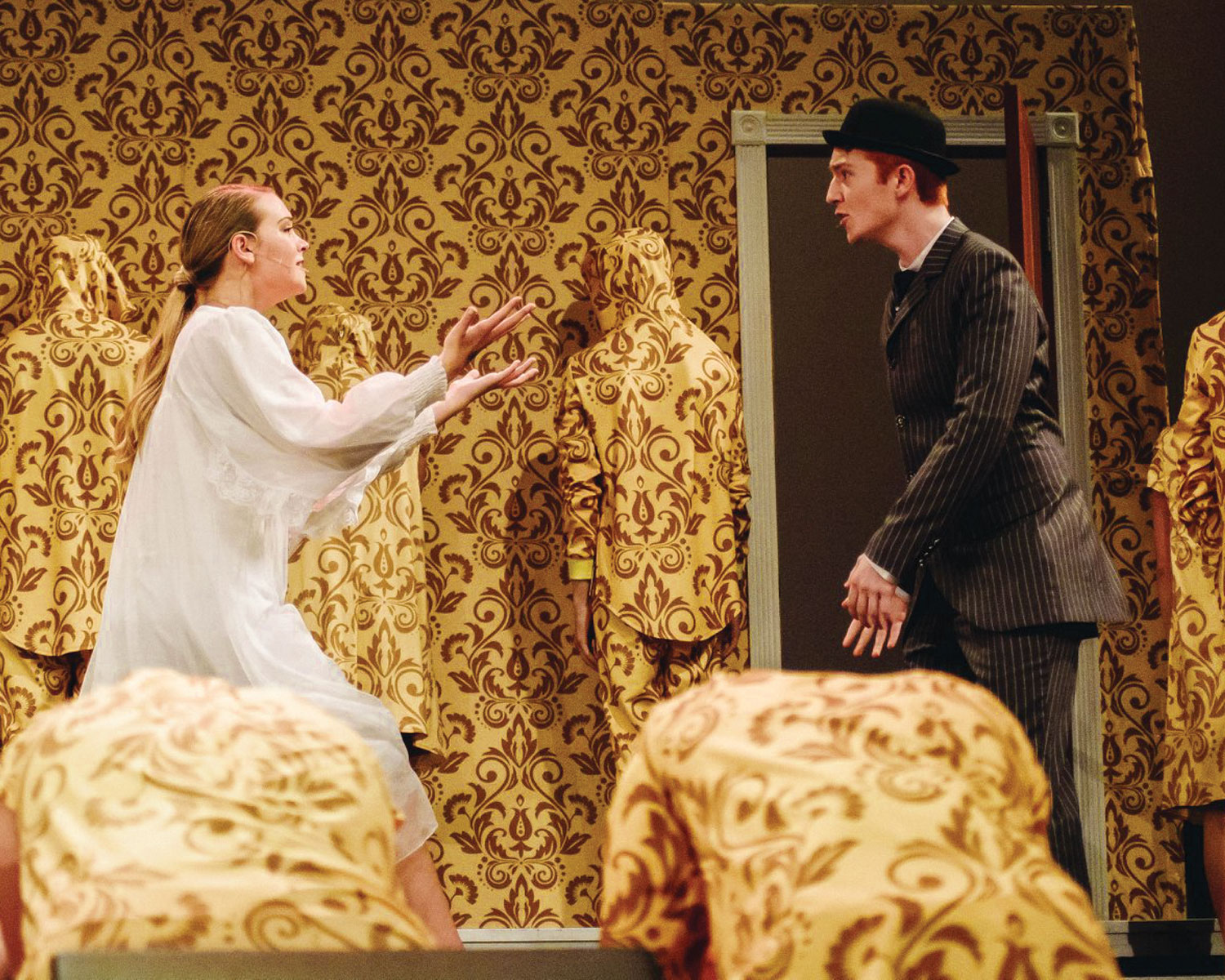 Share
Share this:
Digital
PDF
Issue
All jobs come with certain taxing demands—early mornings, late nights, needy clients, and so on; however, those who work in a creative medium face a special challenge.

Those who must constantly create and be innovative must pursue a vision until the muses descend from the skies and bless the artist with a new vision. While not every idea is awe-inspiring, that only makes the bottle-captured lightning all the more revolutionary.

Though many in the performing arts have a solidified and individualized creative process in place, seeing how others develop ideas and work through conflicts can be helpful, and hopefully prompt those languorous muses to stop resting and get grinding.

The Birth of An Idea

In 2018, show choir director Trent Buglewicz and choreographer Lexi Robson began working on their vision for a group of students from Linn-Mar high school to perform a show choir rendition of Charlotte Perkins Gilman’s short story, “The Yellow Wallpaper.”

When the two were brainstorming their competition show, they had two goals: to be groundbreaking and to be relatable. Buglewicz explained he remembered reading the story in an AP literature class, an he was hugely impacted by the horror of the subject matter.

Robson endorsed the idea, because considering the current cultural climate surrounding women’s mental health, this could be a great opportunity to create a show with a hefty, yet relevant message of advocacy.

When it came time to decide what music to choose, after establishing the late-nineteenth century time period, Robson and Buglewicz  focused their attention on developing the protagonists; it was important for them to show how the loving characters, Charlotte and John met, married, and started a family. Shortly after, however, Charlotte fell deep into postpartum depression—all of this character development took place in one song.

From this point forward in the show, the audience is locked in the yellow wallpapered room with Charlotte. The combination of set design, song choice, and choreography places the viewer in Charlotte’s position, and allows  everyone to feel the same isolated frisson as the lead becomes further detached from reality and entrenched in consuming hallucinations.

Next, Buglewicz and Robson enlisted the help of nationally recognized, award-winning choreographer April James. James’s creative process involved her focusing on the biggest numbers first, such as the opener and closer, and then moving to the middle song that set the story. James explained that working from a piece of literature offered a special advantage, as opposed to a movie or musical, because she could generate her own vision of the characters.

In addition to telling the story, James and Robson wanted to capitalize on the talent of the fifty-six Linn-Mar students. The combination of strong dancers, singers, and actors allowed this team of visionaries to be inspired by their students and highlight the teenagers’ separate strengths.

Once Buglewicz, Robson, and James knew what they wanted out of the show, it was time to get into the nitty-gritty of it all. James explained that while developing the choreography, ideas would start flooding out of her, and quickly the task become one of narrowing and refining.

Her passion for the show granted her the gift of big ideas, and the talent of the students brought these ideas to life—albeit, an eerie, unnerving life.

Early in the show’s development, Buglewicz and Robson knew they wanted the performers to emerge from the wallpaper, and virtually overtake Charlotte. In the short story, Charlotte says, “Up and down and sideways they crawl, and those absurd, unblinking eyes are everywhere…[the wallpaper] dwells in my mind so!”

Encapsulating this moment was made possible by Buglewicz’s brother, Kevin Buglewicz, who was the mastermind behind conceptualization of the yellow wallpaper pattern. He then worked with the costumer and company to ensure that the students could be perfectly camouflaged within Charlotte’s personified madness.

The topics of postpartum depression and psychosis are not typical in the world of show choir, nor are they ideas most people are comfortable exploring. Buglewicz, Robson, and James all expressed how therapeutic the process of epitomizing these issues was for them, as well as their students.

Delving into the intensity of the show gave James an opportunity for her to work through some of her personal anxieties; she playfully (with pun intended) noted it gave her ground to “exercise her demons.”

Similarly, during one of the first full costume run-throughs, the lead playing Charlotte began sobbing during a ballad. Robson, concerned, thought perhaps the student had injured herself. When Robson went to check on her, the student expressed how overwhelmed she was with Charlotte’s emotionality—the girl was devastated by the betrayal and injustice Charlotte was experiencing.

A Difficult but Rewarding Journey

Buglewicz and Robson were also very open to sharing how the creative process is not always a smooth one. James noted that she does the bulk of her preparation and choreography alone, so that she can decipher her ideas and realize her vision more effectively. Buglewicz and Robson, on the other hand, create as a team, occasionally in real-time with the students. But as Robson explained, trial and error is what will ultimately lead to success.

The creative team repeatedly mentions their love for the students and how powerful the experience was for all involved. Yes, the show was received well in competition, but that was not the top priority of the director and choreographers.

After the show debuted, Buglewicz, Robson, and James were approached by numerous affected audience members, adolescents and adults alike. The team received countless emails from audience members expressing how impressed they were by the performers’ maturity and ability to portray a story of this magnitude.

An emotionally challenging journey rewarded not only the talented team who put the show together and the students who performed the show, but also all the audience members who were honored to experience this moment with them.

Photography, including cover, by Zoey Marciniak 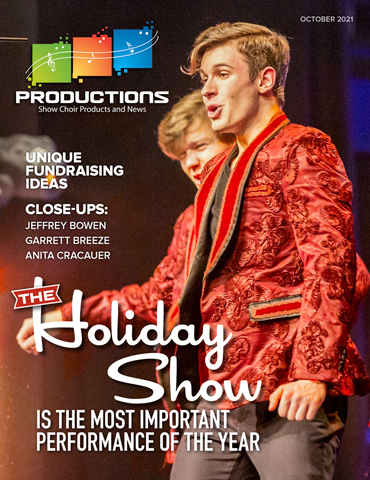