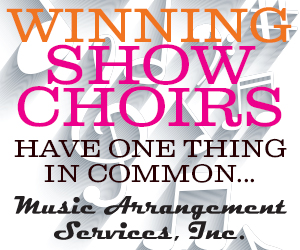 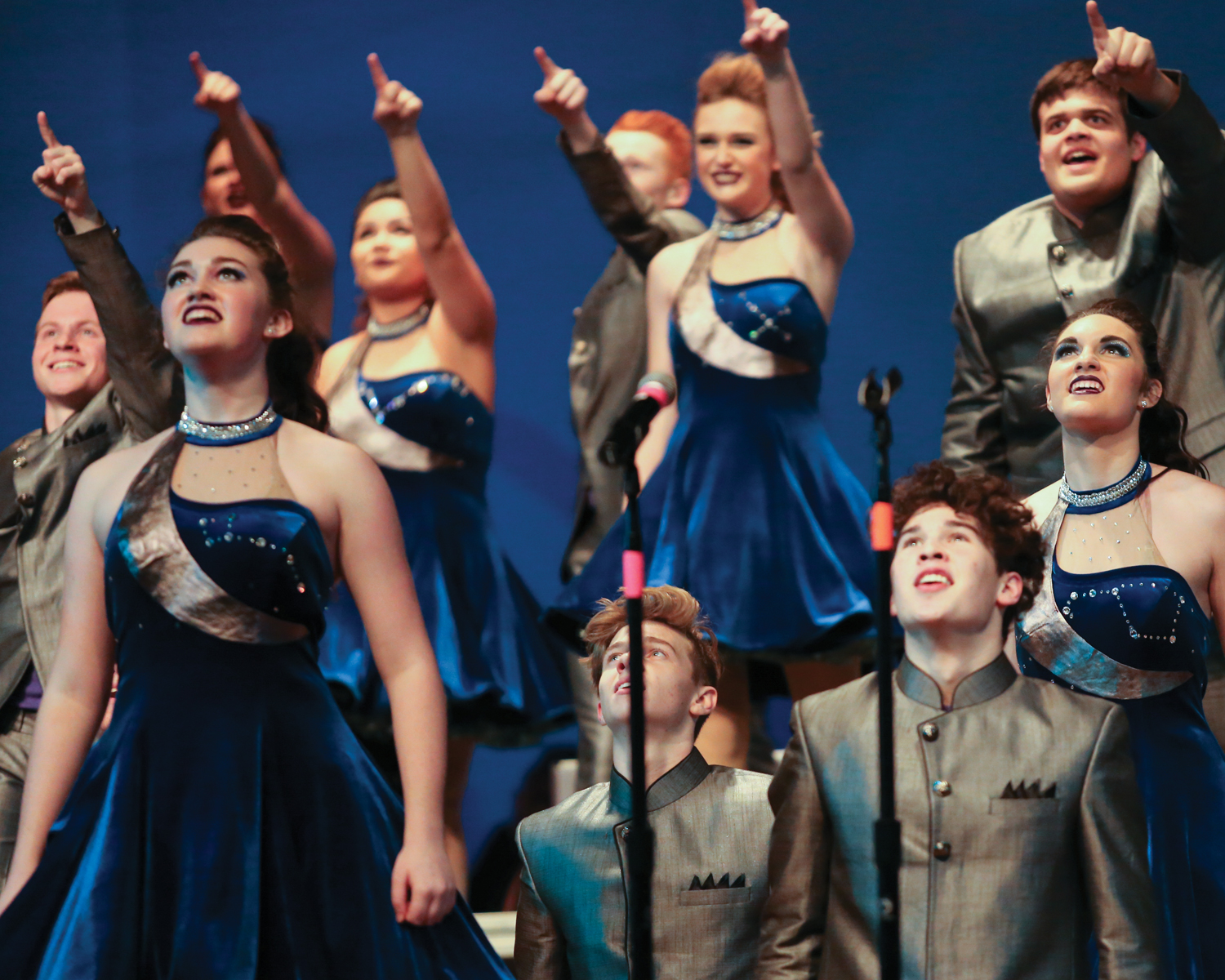 Share
Share this:
Digital
PDF
Issue
Over the past ten years, the Marysville Swingers Unlimited have earned thirty overall grand championships, but the road to success has not come without its bumps. From multiple choreographer changes, to a school district that decided to put sports and science above art and music, the group and their director, Jeremy Alfera, have used this all as motivation to continue creating the art that they love.

The Beginning of the Winning

In 2005, Jeremy Alfera joined the choral program at Marysville High School. Previously, Alfera had worked with the Swingers Unlimited showchoir in a limited capacity doing the choreography for both the 2003 and 2004 shows. Alfera had a background in showchoir as he had been a member of the Twinsburg Great Expectations and an attendee of Showchoir Camps of America as both a camper and a counselor. After high school, he decided to attend The Ohio State University and study music education where he would meet his eventual co-director, Katie Paulson.

For the next ten years, under Alfera’s increased direction, the Swingers Unlimited would change dramatically from a small locally competing choir to one that competed around the nation and made a name for itself as a group to look out for. During his first year at Marysville, Alfera helped bring in a new choreographer, Stephen Todd, a friend he had met while at SCA. At the end of the 2005 season, the Swingers Unlimited were awarded grand champion at the Fairfield Crystal Classic; unbeknownst to the showchoir or Alfera, it would be one of many to come.

In 2006, Alfera decided to do what he describes as a “mini-theme,” book-ending the set with a small idea that “wasn’t necessarily evident to the audience, but had an underlying thought to it.” This sort of trend continued in Alfera’s shows for the Swingers Unlimited covering such topics as Home, New Orleans, The Age of Aquarius, Crazy, and more. Alfera admits that this concept came from his days in Great Expectations. He felt that his “high school choir had very constructed themes” and he discovered “what I did and didn’t like about it.”

Stephen Todd would continue to work with the Swingers Unlimited until 2007, helping the group earn eight more grand championships, and multiple best choreography awards. In 2008 and 2009, Alfera took full responsibility for creating the Swingers Unlimited set and brought in alumni, Ashley Morgan, and past Great Expectations member, Ellis Jackson, to help create choreography with him. During the 2009 season, Alfera met Alex Hall at the DeKalb HS competition.

Hall, impressed with the Swingers Unlimited, asked to come work with the group sometime and Alfera happily welcomed him to bring his insights to the group. Hall would become one of the mainstays of the Swingers Unlimited, working with the group continuously since 2010. That year also marked the first year that Randy Sage choreographed the group. Sage would become the other part of the Marysville team that has stayed consistent since.

Choral Boosters Save a Program When School District Won’t

During the 2012 school year, the Marysville school district failed to pass a November operating levy and left the district with some choices to make. One of those decisions was to eliminate five music education staff in the district, one of those positions being Alfera’s. Alfera, with his job on the line, continued to work on the Swingers Unlimited set for the 2013 season. Support was coming in droves for Alfera and the Swingers Unlimited. Another local showchoir, Piqua’s “The Company,” made a video entitled “Save the Swingers” in an attempt to appeal to the Marysville school district.

After the 2013 season was over, the district announced final decisions on cuts to make, and Alfera’s job was still on the chopping block. At the disctrict board meeting, parent after parent came forward pleading not to cut Alfera’s job or get rid of so many members of the music staff. One woman, unassociated with the Swingers Unlimited, claimed to even have family in Iowa who knew of the great success of Alfera and Swingers Unlimited and also asked that the district reconsider cutting such a large part of the district’s music curriculum. In the end, Alfera was let go and it seemed that the Swingers Unlimited would be no more.

As Alfera put it, “The district laid on the table exactly what they valued by cutting so much music personnel, and the next year opening up a new STEM school.” Though Alfera recognizes the educational opportunities associated with the new school opening he emphasizes that, “If we keep promoting STEM and not STEAM, we will only have mathematicians and scientists, and we will lose the value of our singers, painters, artists, and dancers.”

Friends questioned why Alfera, a member of the district for eight years at the point of his release, would stay working within a district that had shown him what little value they placed on his position. Though Alfera admits that he “felt betrayed by a community” he had poured so much into and he no longer felt “a part of the district community,” he explains that he is still extremely happy to be working with the choral boosters, the parents, the kids, and loves being a part of the Swingers Unlimited community and family.” Along with directing Swingers Unlimited Alfera says he is “enjoying his freelance life,” by arranging even more than before, and choreographing some other showchoirs locally and in other regions.

Swingers Unlimited into the Future

Just one season removed from his release, Alfera and the Swingers Unlimited had their most prolific year winning five overall grand championships. Alfera describes that year as “refreshing, reenergizing, and a great time to start anew.” Alfera also continues to push the envelope with the Swingers Unlimited doing the group’s first story show, a Vampire themed love story, in 2015. “I just found three songs that felt like they fit a certain mood and just decided to do a full story show,” Alfera comments.

Alfera’s mini themes have turned into full-fledged ones though he doesn’t know necessarily if he will continue down this road. He explains that he “has ideas for future stories that include my nerdy obsession, each year is different and sometimes it’s just one song that gets the ball rolling on a new show for me.” The Swingers Unlimited just hosted their annual Showcase in January and look forward to showing the country their ideas on space in the 2016 showchoir season.

About the Author
Zach Braithwaite is a showchoir enthusiast and part time choreographer. He enjoys live music, good food, and great movies. He is excited to be contributing to Productions magazine being both a showchoir alumni and full time supporter of the advancement of the art of showchoir.
Read more from this author
Share
Share this:
Digital
PDF
Issue
More in Show Choir Spotlight